Your July Edition of what to watch and listen to includes a thought-provoking indigenous podcast, along with "Loki" and "Shadow and Bone"

I'm sitting in a profoundly air-conditioned hotel room overlooking Pilot Butte, a few hours before the fireworks begin on the Fourth of July. Living next door to the starting location of the Freedom Ride means that every Independence Day my home becomes a breeding ground for drunken half-naked revelers looking for somewhere to pee, puke or toss their trash. So usually, I rent a hotel room somewhere far away from Pioneer Park and watch the Butte burn from a cheap balcony with expensive whiskey in my hand. This year is no different, so without further ado, here's the stuff I'm loving in July and I hope you will, too. 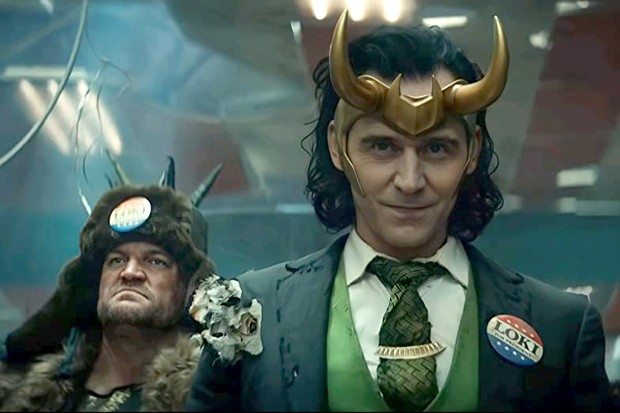 Kaniehtiio Horn is the secret weapon of my current favorite comedy show, "Letterkenny," and her character, Tanis, is a smart deconstruction of the Canadian view of an archtypical Native woman. Her podcast, "Telling Our Twisted Histories," explores the ways Western society has tried to destroy and control indigenous minds, and with what's currently happening with Canada's Indian Residential Schools, the show is more topical and powerful than ever. It's honestly one of the most heartbreaking and intense podcasts I've ever listened to and has helped reframe the way I look at Western culture and civilization.


As someone who's watched the QAnon movement systematically destroy the thought processes of several people I know, I feel particularly angry about conspiracy theories and the panic and fear they can induce. When I was a kid, Satanic Panic had swept the nation, and now in my 40s, it's Satan having Democrats harvest drugs from the brains of children. It's different, but it's also exactly the same. If you're fascinated by how these ideas take hold and somehow force seemingly normal people into storming pizza places looking for kidnapped children in basements, then check out the podcast, "American Hysteria," which does an amazing job breaking down exactly how every few years a bunch of Americans lose their collective shit over something stupid and insane. It'll make you mad and it'll definitely make you sad, but if we don't learn from this stuff then we're doomed as a species.

There are so many cool things streaming all over the place that it's kind of hard to even know where to start. Obviously, "Loki" on Disney+ is where I'm going to start, though, because it's like Marvel finally decided to get as weird and dark as they possibly could with the character and put him in a story simultaneously reminiscent of nothing Marvel has done before, while feeling like the big budget younger sibling of Terry Gilliam's "Brazil." It might be impenetrable for people not into the MCU, but it's worth getting caught up for this absolutely unpredictable and wild ride.


"Shadow and Bone" is probably the smartest fantasy series I've seen since the first season of "Game of Thrones." With its expertly calibrated world building, sumptuous dialogue and a massively star-making performance by Jessie Mei Li, this show has me in its grips. The special effects and action are also pretty amazing, so really, you have no good reason not to get transported to the magical world of Ravka and get weird with it. Easily the best Netflix Original series since the first season of "Stranger Things."

If you aren't ready to dive into a new series, the HBOMax original film, "No Sudden Move," isn't just a great crime thriller, it's also got astounding performances from Don Cheadle, Benicio Del Toro, David Harbour and Kieran Culkin. Oh, and it's the new film from genius auteur Steven Soderbergh, the filmmaker behind such classics as "Out of Sight" and "Traffic." It's a legit, edge-of-your-seat flick and will more than likely end up on most top 10 of the year lists.