December's Edition of podcasts, shows and other delights

We've finally seen Bend get its first bit of snowfall of the winter—which means I'm officially one day removed from slipping in my first patch of ice downtown and hurting my wrist like I'm actually as old as I feel inside. Don't get me wrong, Bend is a Winter Wonderland and all of that stuff, but half the town seems to thrive in the snow and the other drives like it's the apocalypse and they're 100 miles down Fury Road. Bend is like a box of chocolates: it's pretty good frozen, still decent when it's a little melted and absolutely fantastic at room temperature. With that said, let's dive into the things that have been keeping me warm in my heart and soul. Not physically, though; it's cold as hell. 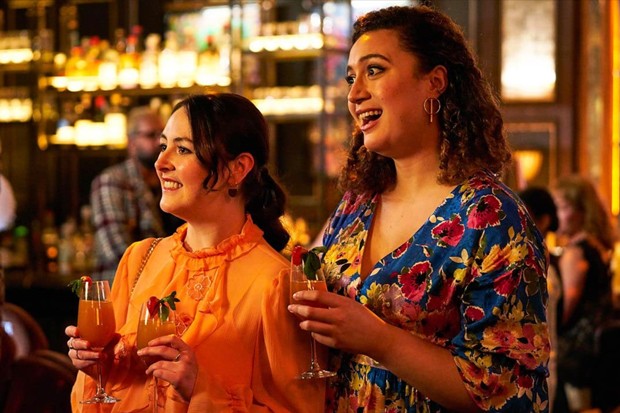 I recently flew to Seattle just to see Open Mike Eagle, Billy Woods and Elucid play at a tiny little dive bar called Chop Suey and it was easily the highlight of my 2021. You know what else was a highlight? Listening to Mike's podcast, "What Had Happened Was." This season focused on El-P and his origins going from Cannibal Ox and Def Jux all the way to Run the Jewels, with Mike curating one of the most fascinating conversations I've heard about a career timeline that tracked from underground and independent hip-hop to one of the biggest rap groups on the planet. As a lifelong devotee of hip-hop music, hearing two of the finest minds of the genre putting their heads together and looking at the future of rap is an absolute gift.


The "Unsolved Mysteries" podcast has slyly and quietly become one of the most unmissable podcasts of the year, with a new 30-minute mystery every week. Anytime I feel bad about my life, I think, 'At least I didn't disappear and end up being found in a water tank or in a shallow grave somewhere in the desert.' But the podcast isn't just true crime stuff, it's also UFOs and all kinds of different mysteries, unsolved and otherwise. It's fantastic and weird as hell. Just like me.

I'm currently in love with this BBC/HBO show called "Starstruck," which follows a Kiwi woman living in London who ends up having drunken New Year's Eve sex with a massive movie star and falling for him in the most awkward and cringe way possible. It's a lovely romantic comedy that initially feels like a Hugh Grant movie and then becomes something more human and subversive. Plus, the first season (it has already been renewed for a second) is only six episodes running about 20-ish minutes a piece, so, if it helps, look at it like a two-hour movie instead of a season of television.


"Resident Alien" is also another warm-hearted and delightful series that crept beneath the radar. The entirety of season one is on Peacock and follows Alan Tudyk as an alien who crash lands on Earth and has to pretend to be human while also getting forced into being the local doctor in the small Colorado town he's stuck living in since his arrival on Earth. Tudyk is a damn national treasure and has been ever since "Firefly," so finally getting to see him as the main character of a series is absolutely wonderful—especially a series as bonkers as this one.

Looking ahead, stay tuned to this column for the upcoming Year in Review issue where I'll go into a lot more of the hidden treasures of film and television we had this year.