May the Source be With You | Film | Bend | The Source Weekly - Bend, Oregon

May the Source be With You 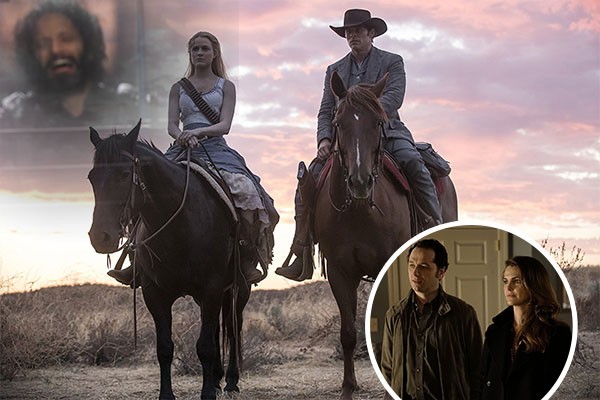 Last year, I watched so many movies, I barely had time to enjoy the so-called Golden Age of Television that exists right before our eyes. This year, I'm trying to slow down on all the excellent cinema and give some more focus to podcasts and some good TV. Of course, right when I decide to do that, five of my favorite shows get canceled in the same day, so maybe this is why I shouldn't be allowed to have nice things. Regardless of my difficulties, here are a few things very much worth your time this month.

Just when I think I'm the only person obsessed with true crime podcasts, a dozen more people pop up to talk to me about the latest episode of "My Favorite Murder" or the fact that the police might have finally caught the absolutely terrifying Golden State Killer. For the true crime-obsessed out there, I recommend "In the Dark," a podcast that just launched its stellar second season, focused on the strange case of convicted murderer Curtis Flowers. For those missing the twists and turns of "Serial," this will definitely tide you over.

Let's take a moment to say goodbye to a few shows that deserved to go out on their own terms, instead of getting canceled with little to no fanfare, leaving the fans in limbo, awaiting a resolution to stories that will never come.

Goodbye, "The Expanse." You were the best hard sci-fi show on television and never got the love you deserved. Goodbye, "The Last Man on Earth." You were too sublimely weird for this world. Goodbye, "The Exorcist." You were way scarier than "The Walking Dead" and you always will be. Goodbye, "Lucifer." You made the devil sexy and hilarious. Goodbye, "Quantico." You were my sweet, sweet guilty pleasure. Almost goodbye, "Brooklyn Nine-Nine." You make me laugh and I'm glad NBC saved you from death.

This season of "Westworld" is appointment television so far, with some of the biggest twists and turns since the first season of "Lost." Even without Anthony Hopkins, the show still retains some of the finest performances on television. If you're looking for an excuse to get HBONow, look no further than this FutureNoir Western.

There are only a few episodes left in this final season of "The Americans," so it might be a little late to join the bandwagon now, but when all six impeccably crafted seasons are on Blu and ready to binge, you'll find one of the most intensely complex shows of all time. In a decade, "The Americans" and its domestic spy shenanigans will be spoken about with the same reverence as "The Sopranos," "The Wire" and "Deadwood."