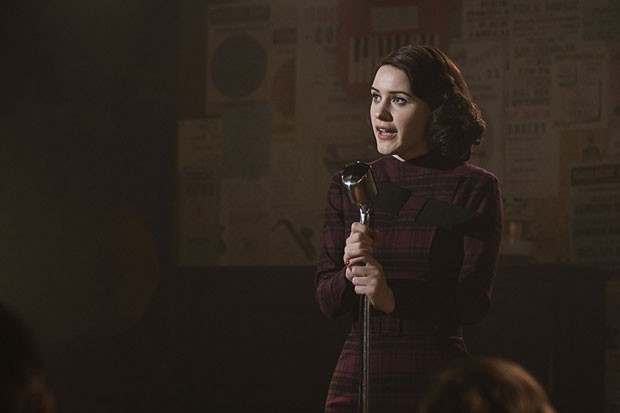 Here we are, living though another sweltering hot week while we wait for the sweet release of air conditioning to take us away on its centrally cooled wings. With MoviePass changing its service from unlimited movies to only three movies a month, it's financially understandable to be a little discriminating when it comes to theatrical flicks, but we can still be downright experimental when it comes to streaming and podcasts. Let's take a look at some of the stuff making me happy right now.


The fact that most podcasts don't have much in the way of interactivity has always baffled me. There's always a sense of the hosts hoping you're familiar with what they're talking about, but there hasn't been much along the lines of podcasts you can play along at home with. "Hey Riddle Riddle" hopes its audience members are just as confused as they are while attempting to solve riddles, puzzles and other random brain teasers. With three comedians hosting, the podcast is less about solving the mysteries and more dedicated to laughing at how woefully terrible they are at finding the answers.

By now, "Mortified" has become a podcast/stage show institution, giving hundreds of brave souls an outlet to share their childhood and teenage writing with a group of non-judgmental strangers. It's one of the most transcendent podcasts of all time, allowing the readers to exact some sense of closure from their childhoods while the audience gets to feel better about their own pre-teen foibles. For those as in love with the new film "Eighth Grade" as I am, the new episode of "Mortified" has writer/director Bo Burnham and star Elsie Fisher sharing stories of how they survived their own respective eighth grades. There's so much empathy and compassion in their stories it's hard not to feel a deeper connection to our own collective childhoods.


In a just world, all of you would be going to see Spike Lee's newest bit of incendiary filmmaking, "BlacKkKlansman," but in case it's too smoky and hot outside for you, there are a few interesting things floating around the myriad of streaming services.

On Netflix, Demetri Martin has "The Overthinker," a new stand-up special that once again sees him combining art and comedy to make something surprisingly weird and touching. His very specific brand of comedy is still somewhat novel even as he flirts dangerously with self-parody.

Amazon Prime has the goods for those of us with a "Gilmore Girls"-shaped hole in our hearts. "The Marvelous Mrs. Maisel" comes from Amy Sherman-Palladino, the creator of "Gilmore Girls" and "Bunheads" and gives us a beautiful dramedy following a 1950s housewife getting into stand-up comedy. It's delightful.