Improv, movie theater butter and the beauty of Gravity Falls 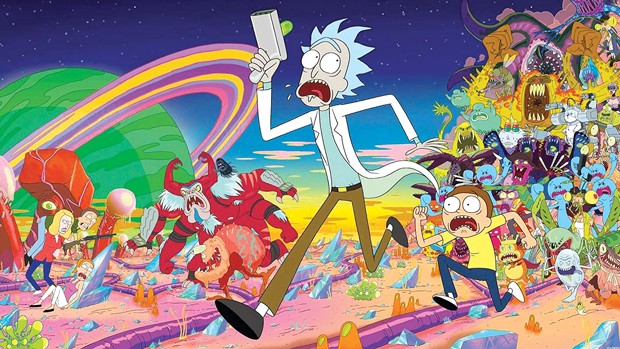 I know, it's felt like a long time since the last column, but I've spent my time wisely, soaking up every single bit of pop culture I could so I can share with you a few of my favorite things. I spent so much time listening to podcasts that I'm pretty sure my inner ear hates me now and wants a trial separation. Not sure if that's possible. Anyway, let's take a look at a few awesome bits of the world I obsessed over throughout the last month.

There are so many improv podcasts that it's hard to know where to find the quality programming and how to avoid the unfunny "comedians" desperate to hear their own voices. I waded through some truly terrible improv until I discovered "Bad Reception," featuring gifted comedians including Lauren Lapkus and Paul F. Thompkins. One of the reasons the podcast works so well is that it has a central storyline about South Grampers, Calif., the movie theater butter capital of the world, where the people of the town raise money to keep the town alive. All of the scenes and characters are improvised, but with a strong structure carrying all of the shenanigans, the podcast becomes simultaneously addictive and brilliant. The show eventually plays out like a funnier version of "Welcome to Night Vale" mixed with "Waiting for Guffman." At around seven hours, "Bad Reception" doesn't stick around long enough to become annoying or labored.

All I really wanted this last month was Old Mill 16 to open the movie "Sorry to Bother You," because I have a sneaking suspicion it's going to be the best film of the year, but every week it didn't open I sank deeper and deeper into binge-watching my comfort blanket shows. From the library I checked out the complete "Gravity Falls" (also available on Hulu) and Season Three of "Rick and Morty" (also on Hulu), which proved a few things to me. While "Rick and Morty" might be the smartest show on TV, "Gravity Falls" hits such beautiful nostalgic notes that it's the tightest of the two shows. With only 40 episodes under its belt before ending, it's hard to say whether "Gravity Falls" would have stayed so strong for multiple new seasons, but it went out on a high note and that's all I can really ask for. I enjoyed watching the shows again so much that I'm not even bitter about the lack of "Sorry to Bother You." Well, less bitter anyway.