May the Source Be with You | The Source Weekly - Bend, Oregon

I dunno. I've realized (pretty quickly) since I moved to Bend in the fall of 1999 that I'm an indoor kid. Snowpocalypses are just not my thing. I like warm fires and melted cheeses and chocolates and don't need to freeze first to enjoy them. This winter I've decided not to tussle with Jack Frost. Instead, I'm hibernating with my stories. Don't judge me. It's beautiful. Here's a few of the things making winter a bit warmer.

Gimlet Media is responsible for some of the best podcasts of the last few years. "Homecoming" was a surprise smash (before turning into the show on Amazon starring Julia Roberts) and "Crimetown" is basically podcasting's answer to "The Wire," so Gimlet's pretty on point. The new podcast documentary, "Conviction" looks to stand alongside the greats—if it manages to stick the landing. The show focuses on Manny Gomez, a private eye trying to get his teenage client out of Rikers Island. Picture HBO's "The Night Of" but actually happening in real life. Chilling stuff.

If you want to think about people who were probably colder than you are, "The Shining 2:37" will make you remember how brutally cold it seemed at the Overlook Hotel. Host Suzen Tekla Kruglnska puts, in order, 2 minutes and 37 seconds of "The Shining" under a microscope. If you're as fascinated by Stanley Kubrick and all of the conspiracy theories surrounding the film, then you'll get sucked into this with no problem. 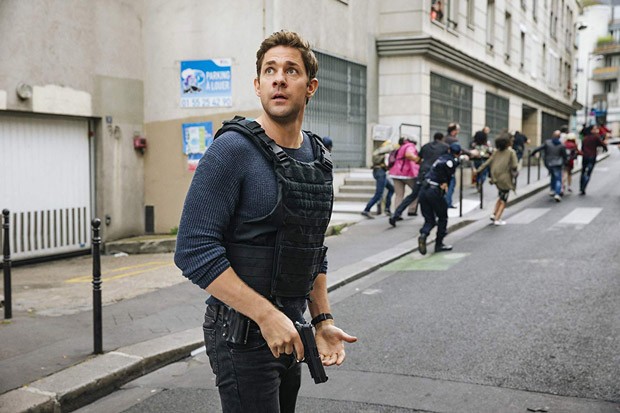 I give Netflix so much love in this column and that's just not fair. Honestly, Amazon Prime is crushing it with its original content. "The Expanse" was unjustly cancelled at SyFy last year, but luckily it's Jeff Bezos' favorite show and he has all the money ever, so it's coming back for Season Four exclusively to Prime. It's easily the best SciFi (or SyFy) show since "Battlestar Galactica," for what that's worth.

Also surprisingly good is the John Krasinski-led "Jack Ryan" show. The series itself is better than most of Tom Clancy's Jack Ryan movies, such as "The Sum of All Fears" and "Clear and Present Danger" and—possible hot take—Krasinski has more depth as an actor than Harrison Ford, Alec Baldwin or Ben Affleck. We get to see him transform from dorky analyst to CIA spy over the entire first season and it's pretty great.

"Sneaky Pete" is also worth taking a look at, because Giovanni Ribisi and Margot Martindale are phenomenal actors and having a show in which everybody is lying to everybody else all of the time keeps things intense during even normal conversations. Add "Homecoming," "Patriot," and "Mozart in the Jungle" to the list of Prime must-sees and it's starting to seem like Netflix should look over its shoulder.