If you're looking for Mecca Grade Brewing but find yourself driving over a cattle grate on your way down a dangerous, narrow dirt road, you've gone too far. You do have to drive down a gravelly dirt road to get to Mecca Grade Estate Malt, with a nanobrewery as its side hustle, but that steep road is itself the grade down to what used to be Mecca. The town doesn't exist anymore, but it makes for a nifty naming convention as most of the malting company's malted grains are named for Oregon ghost towns like Vanora and Opal 44.

Established on a century-old, thousand-acre farm in Madras (near Mecca Flat, popular with fly fishermen and floaters), Mecca Grade is Seth Klann's baby. His dad, Brad, is the co-owner, his sister, Katie Ralls, helms the office part time, and his wife works the taproom on Saturdays. But Mecca Grade is ostensibly the result of a self-taught homebrewer who one day obsessively asked, "What is malt? Where does it come from?" 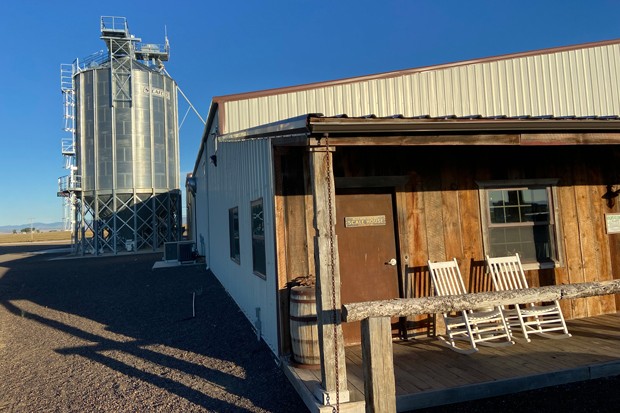 If Madras is known for anything in crop circles, it's seeds. But the thing about seed stock is that unless you're the farmer planting them, you don't see what comes from Madras. And you certainly don't taste it. So Klann planted barley. And wheat and rye. And built his own kiln. He became a self-taught maltster. That's the word for someone who converts grain to malt. The process sees the grain (say, barley) steeped, then germinated, then dried.

The largest malting company in the world makes over 200,000 tons of malt. Mecca Grade Estate Malt makes over 500 tons.

Klann went commercial with his pint-sized operation in 2015 with Bend's equally bespoke Ale Apothecary as his first customer. Today some 50 breweries, nationwide but predominantly in the Pacific Northwest, rely on Mecca Grade for some portion of their malt bill needs. 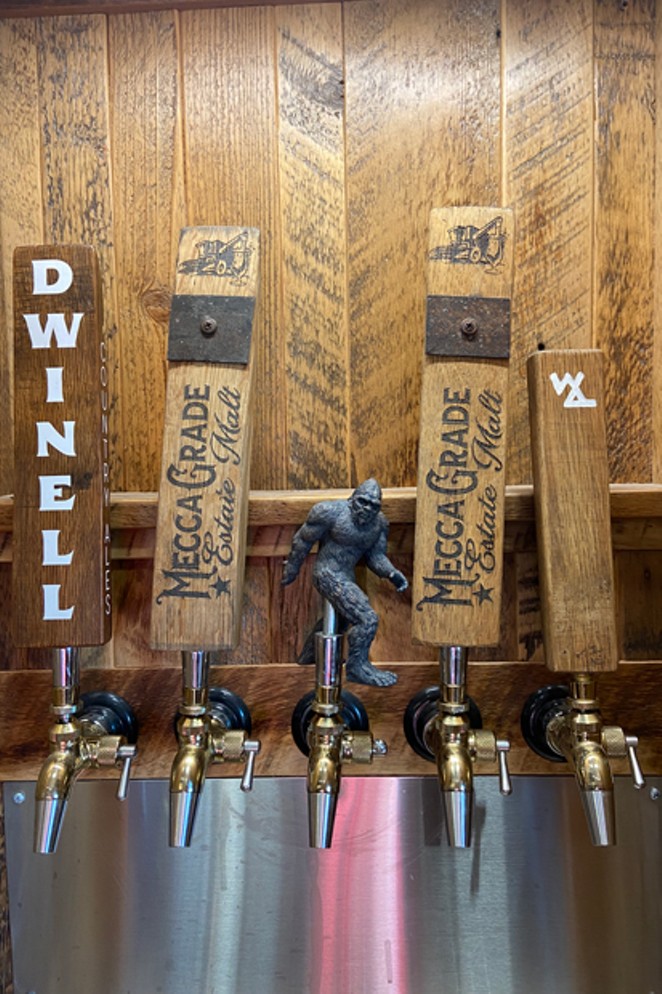 "Malt has been commoditized since Prohibition. There's little localization or specialization done to it," said Klann. So by making his own malts, the direct goal is to allow for "beers to be reflective of our local environment."

The idea of terroir is lauded in wine but is largely incorporeal or bungled in beer. Even craft brewers seek to emulate far-flung regional styles, or rely on Southern Hemisphere hop varietals, or make beers that taste like conglomerate cereal brands or candy bars.

Mecca Grade Brewing launched commercially last year as an outcropping of the malting side's hospitality. When the Klanns welcomed brewers—pro or amateur—to check out the farm and malt house, Seth offered them his homebrew. What better way to show what his malts could do for their own beers?

Positive reception convinced Klann to double his production, which simply meant upsizing from his half-barrel system to a single-barrel system. In other words, Mecca Grade Brewing, along with head brewer Sean Osborne, makes just over 30 gallons of beer at a pop. Maybe a larger five-barrel system will be purchased in the future if sales pick up, but now that's virtually exclusively at the taproom—that's open only Thursday through Saturday—down the gravel road that's most popular with campers using Harvest Host or floaters and anglers down the Mecca grade who pop in for river beers. 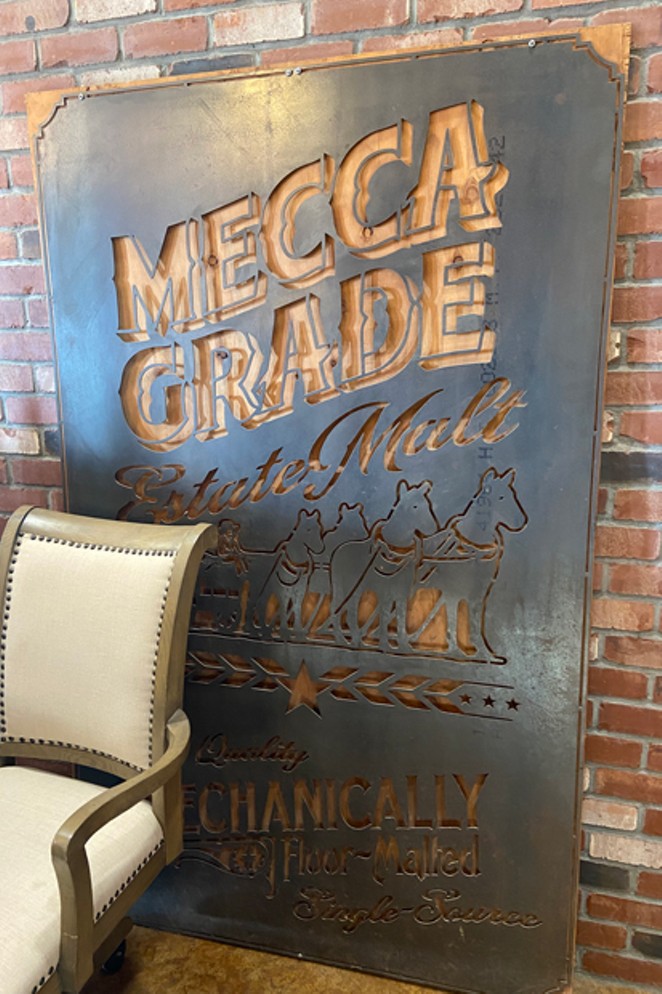 During my visit, I found five beers on tap including a dark lager that employed a two-hour boil, something you generally only see in barleywines. The result was a rich malt bomb that fans of Negra Modelo would love. Sometimes guest beers that feature Klann's malts are tapped. His goal is to make the beers as "estate" as possible and hopes to have them made with 100% Central Oregon-grown ingredients (which is difficult since almost all Oregon-grown hops hail from the Willamette Valley). The current Madras-made beer features yarrow in lieu of hops and the result is a floral, earthy ale reminiscent of a saison. Other "weird Viking beers," as Klann referred to them, have included juniper, lavender and carrot blossom honey.

The mission, beyond making tasty malts and tastier beers, is to tell the story of Madras and Central Oregon's agricultural heritage through a favorite elixir. "We always have agricultural education in mind," mused Klann. "Beer is tangible." Not that seeds aren't, but beer doesn't get stuck in your teeth.