Oregonians could see universal health care in the coming years, regardless of what happens at the federal level. The state has made significant progress over the last decade ensuring access to health care through Medicaid expansion. With a democratic supermajority in Oregon's legislature, and strong support among voters, it could become one of the first states in the U.S. to implement a single-payer system. This means health care would be managed by the state and paid for through taxes. 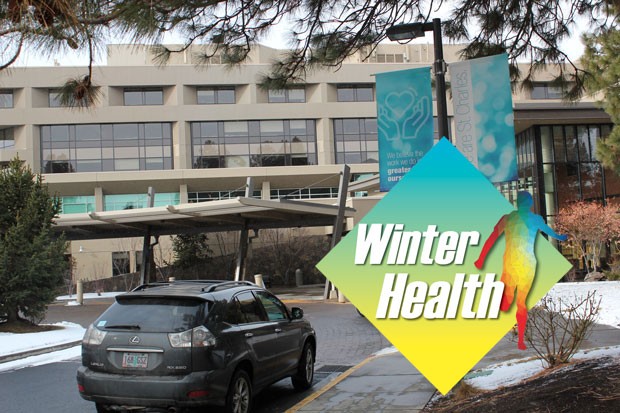 In 2013, the state commissioned the RAND Corporation, a nonprofit global policy think tank, to find out how much a Medicare for All program would cost. This year, the Task Force on Universal Health Care—which includes state legislators and members of the public—will design recommendations for a Health Care for All Oregon Plan. If passed, it could be phased in as early as 2021.

David Stranahan, a local activist with the group Health Care for All Oregon for over a decade, explained:

"We are advocating for a plan that would work like Canada's," he said. "Medicare for All first started in Saskatchewan in 1962, ahead of all the other Canadian provinces. There was lots of opposition, a doctor's strike and the American Medical Association even got involved, but they succeeded because they started small and stayed strong. I believe each state is going to be successful before a national plan goes forward."

Within 10 years of Saskatchewan's move to single-payer health insurance managed by the government, all of Canada had made the switch.

Is Oregon ready for a single-payer system? Would cutting insurance companies out of the picture save money, or would it force hospitals out of business? The Source Weekly talked to some local experts about how universal health care in Oregon might shake out.

While more Oregonians are covered today than before the Affordable Care Act, three out of four Oregonians in the Elway Research survey said they desired a universal health care system instead of the current one, and two-thirds said they would consider higher taxes to pay for it. tweet this

Oregon's leaders ambitiously embraced the Affordable Care Act and expanded Medicaid services to anyone who made 133% of the poverty level or less, rolling this into the Oregon Health Plan. They helped support the creation of public/nonprofit partnerships around the state to manage the program. PacificSource Community Solutions coordinates Medicaid in Central Oregon, for example.

Today, 86% of Oregonians are "satisfied" with their health insurance, according to a 2019 survey by Elway Research. But 81% said the increasing cost of health care to individuals, governments and businesses is a "major problem."

While more Oregonians are covered today than before the ACA, three out of four Oregonians in the Elway Research survey said they desired a universal health care system instead of the current one. Two-thirds said they would consider higher taxes to pay for it.

The state Task Force on Universal Health Care will evaluate a system that would likely be funded through a combination of a tax paid by employers, federal funding, an increase in state income tax and a 10% reduction in the amount paid out to doctors and hospitals. Early calculations by the RAND Corporation estimate that a state-run health care system in Oregon would save $1 billion a year in total costs. The major hurdles to feasibility of a single-payer plan include federal approval for the state to take over the management of all Medicare and Medicaid dollars, as well as certain federal laws protecting an employer's right to offer health insurance as a benefit. Oregon would be the first state to make this kind of a request, but according to task force member Rep. Marty Wilde (D-Eugene), the group plans to work closely with Oregon Sen. Jeff Merkley to overcome these challenges.

St. Charles Health System, like most other hospitals around the state, saw profits go up after the ACA, since more Oregonians were covered. This reduced bad debts, according to Jennifer Welander, chief financial officer at St. Charles. Today those gains are being eroded by high deductibles that even those with good insurance and stable incomes sometimes cannot afford, she said.

"If everything was paid at the current Medicare level, that would be transformational and detrimental," Welander said. "The way we explain it is there are three types of payers. If you take $1 of medical cost, Medicare pays 70% of our cost, Medicaid pays 50% and commercial insurance pays 170%. They balance out together. We're a nonprofit that operates at very thin margins. We have a 3% operating margin."

One of the major critiques of the ACA by advocates of Health Care for All Oregon, like Stranahan, is that it delivered huge profits to health insurance companies. Nationwide, these companies earned $23.4 billion in profits in 2018, according to the National Association of Insurance Commissioners.

While hospitals and insurance companies often say the other is to blame for rising costs, Welander has another theory of the case.

"The U.S. as a country has very poor health," she said. "We have obesity and diabetes. This is what is really driving up the cost.... The cost of health care is a reflection of the demand of people who use it."

The fate of the health insurance industry

Dan Stevens is the executive vice president of PacificSource Health Plans and also sits on the board of the Central Oregon Health Council, which oversees the delivery of Medicaid in Bend. He understands the industry from both inside an insurance company and inside a government-funded nonprofit. He said pharmacy costs are higher in the U.S. than anywhere else. There is also a lot of care delivered in the U.S. that's preventable through earlier interventions—visits to the emergency department, for example. Stevens is optimistic that because the state has already had so much success implementing the public/nonprofit partnerships that manage Medicaid, moving toward a program that's less expensive and covers more people could be a positive thing.

"We're not at the point that we see this as an existential threat," Stevens said. "Michael Becker, our VP of government relations is likely going to serve on the (Universal Health Care) task force.

"What is great about this region is that we are able to work together. All of the major players—PacificSource, St. Charles—everybody knows that we are all a part of the problem and that we can't fix it alone. We all know we're too expensive. Lowering costs is a shared goal, so the conversations are much more productive."

PacificSource made $14 million in profits in 2018, and paid its CEO Ken Provencher $875,000 that same year, according to the Lund Report, an Oregon health news media outlet.

It is not yet clear how government agencies would operate together under a single-payer system in Oregon, but part of what the task force will be working on over the next year is establishing a Health Care for All Oregon board to work through the details.

Gov. Brown will appoint 13 members of the public to the Task Force on Universal Health Care in February, and the deadline has passed to apply. The group will conduct public hearings around the state this year where people in communities around Oregon will have the opportunity to testify. Visit hcao.org for notifications on local events and more information.