Meekoh is Finding His Way

The singer-songwriter returns to Bend for a July 4 show, with a new project underway

Calling from a coffee shop in West Hollywood, Meekoh Martinez tells me how Bend is still his favorite place in the world. The singer-songwriter originally left to pursue his music career, but those Bend roots are still helping Martinez discover himself musically. 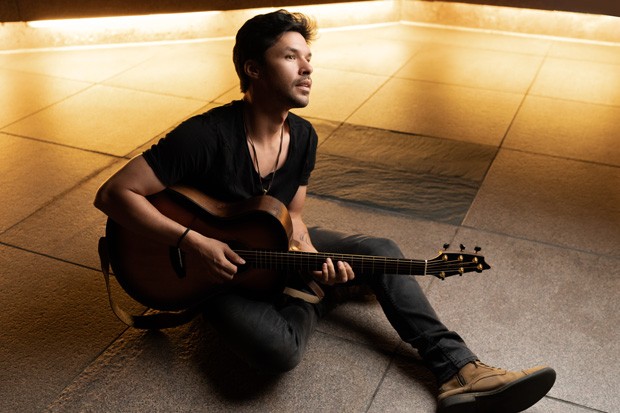 "I've spent the last two or three years just writing as much as I could," says Martinez. "Just trying to figure out myself, my sound and the direction I wanted to go. It's been a really long journey of like, piece by piece– just kind of figuring out who I am as an artist."

Through our conversation Martinez tells me about his upcoming "Sun" and "Moon" projects, meandering through the world of L.A. music and his upcoming show at Brasada Ranch.

Source Weekly: How long have you been playing music?

Meekoh Martinez: I started playing professionally in 2009. That's when I first started booking gigs, touring and getting paid to play. I quit my job—actually, the last job I had was at Greg's Grill down in the Old Mill, which was awesome. I had the best boss. His name was John. I remember I went in and I was like 'Hey man, I feel really, really bad and super scared to tell you this but I kind of want to put in my two weeks because I want to pursue music and go to L.A. someday,' and he was just so cool.

SW: Right now you're working on the "Sun" and "Moon" projects. What was it like to meet your goal through Kickstarter for those?

MM: So, the Kickstarter for me—I've done a few Kickstarters and PledgeMusics, and it's not about the money. As you know, I didn't raise a lot and it costs a lot of money to make an album. For me it was like, if I can get in a little money to help out with some of the process of mixing and mastering, then every bit helps. The main thing was being able to connect with people again. You know I haven't been playing shows and I haven't been sharing my music a lot. I went pretty dark and just tried to figure out what makes me happy.

SW: Tell me a bit about the concepts of the project.

MM: I realized I don't really have a specific sound. It's more so the emotion and the vibe. So the "Sun" represents more happy music–more nature chords, that just kind of resonate in your soul. Music that just feels really good to nod your head and tap your feet to. And then the "Moon" side was a little bit of the darker stuff where I can be a little more real with my emotions and my feelings. Especially lyrically. I don't care as much what people think. I just say exactly what I'm feeling in a lot of those songs.

Out here in L.A., something you realize pretty quick is that everyone is just trying to get the next "thing." What's the next big song, what's the next big sound. A lot of people just start copying what's on the radio. This for me is gonna be as far from that as I can do.

SW: How did you decide to do more of an acoustic work?

MM: One of the things was financially, at first. How can I make this many songs and without that much money? Then it kind of hit me—I don't really need to put all the clicks and whistles in that the industry makes you feel like you need to do. Like crazy bass, electronics and things that make a song sound "cool"—that was my finger quotes you can't see—so that it makes the radio or impresses an A&R or something. People have been asking me for years—especially back in Bend—when I played in Bend, everyone was like "Play your acoustic stuff!" because I started trying to play over tracks and it never really felt authentic to me. It was about a year ago or so that I was pretty sure going back to the roots of it all is what feels best.

SW: I know you said you don't get to come back to Bend that much, so are you excited for the Brasada show?

MM: Yeah! Brasada is just one of those really magical spots. I usually don't even tell people that I'm playing there a lot. I just like my family and close friends to come out and spend time with me when I perform, so it's very intimate. It's a good excuse for me to come home and it pays for my trip, I get to see my family, play a little music and that's why I love that spot. They do a really good job of taking care of their artists.

Later this year Meekoh plans to head out on tour after the "Sun" and "Moon" projects' release. Until then, don't miss the chance to catch him back in Central Oregon this week.