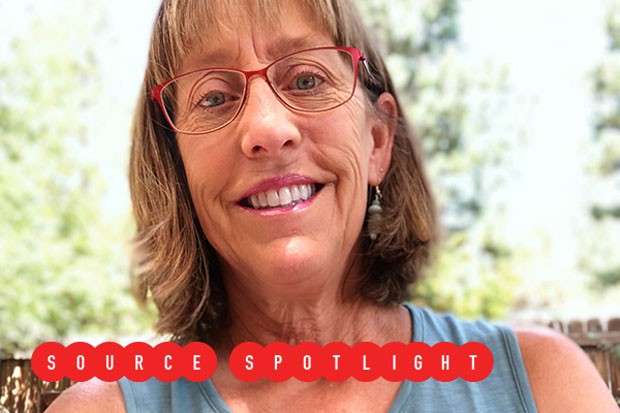 For Meg Chun, being near or on the water is a non-negotiable. As an Aquarius who grew up in Wisconsin, near the Great Lakes, her fascination with water was amplified when she began her teaching career in Hawaii and began participating in outrigger canoeing. The sport introduced her to her husband, Dave, and together they launched the outrigger paddle company, Kialoa.

As defined by the Pacific Northwest Outrigger Racing Association, outrigger canoeing is "a combination of six individuals working together in unison. It is the perfect technique and timing of the paddles through the water..."

The first seeds of interest in outrigger canoeing were sown for Chun in 1987, when she was commuting daily with two other paddlers. A year later, she met her future husband during a regatta spring campout at Kailua Canoe Club on Oahu, connecting over paddling and their respective careers serving emotionally disturbed youth.

In those days, paddles for outrigger canoeing were heavy and big, but Dave had a vision to redesign them.

"Although Dave wasn't a woodworker (he was, in fact, a social worker), he saw that there was a need in the industry, and we could design and sell a product that was better than what was available on the market," Chun said.

By 1994, the cost of living in Hawaii prompted the Chuns to move to the mainland.

After a stint producing paddles in a Bend garage, the couple moved the business into a refurbished building in the Old Mill.

"This area was privately held by Bill Smith," Chun recalls. "No one was allowed to access the river except the Canoe Club—which Dave coached." Kialoa would move to another decommissioned mill in Redmond before settling back in Bend, off Empire Boulevard Kialoa brought the first standup paddle to market in 2008, before commercial paddle boards were even being produced. The company also makes dragon boat paddles and sells other "island-inspired" products. Chun still loves outrigger canoeing. though.

"I love the team aspect. The idea of the team setting a goal and working towards it together. Just the fact that the canoe weighs 400 pounds means you need multiple hands to move it. Hence, 'together on the water'—Kialoa's motto."

The social and community aspect of outrigger is most evident at races, which the Chuns attend regularly. "The energy is amazing; you're outside for 10 hours and the exchange of information is a great tool for athlete-driven product research. Plus, talking with athletes directly, I feel like no one can tell the story of Kialoa as well as Dave and I."

Meg Chun oversees the marketing aspect of the business—not only as the brand champion but the brand guardrail. "The brand is a direct reflection of who Dave and I are. It's up to me to say, that's not Kialoa enough and this is why... I also push using the word 'we' a lot, because it's inclusive." Perhaps evidence of the quintessential philosophy of a lifestyle brand, Chun explains, "Kialoa is our life, the lines between entrepreneurship and sports and life are all blurred for Kialoa, Dave and I."

Nearing 60 years of age, in the outrigger off season, Chun likes to mix it up with complementary sports: surfing, skiing, Nordic skiing, weight lifting for conditioning, mountain biking, hiking and camping. "Nordic is a really good crossover sport and allows a chance to let the muscles rest that are used in outrigger. Then, in April, it will be time to get on the water again."

When asked what her superhuman water power would be, Chun explained, "I would want to know—no matter what shark or big mammal I saw underwater while snorkeling or scuba diving—that they wouldn't bite me."

There may be fear under the water, but still, Chun says, "For me, water connects us all to one another. Not only are we made of water, but when it's snowing, I've thought about it falling on Mount Bachelor, melting and finding its way to the Columbia. Malleable, changing temperature and form, running through everyone. Maybe this is why I love being on it or near it so much."

To learn more about outrigger in Central Oregon, check out BendOregonOutrigger.org.