Recognize that you aren't without information about how the guy feels 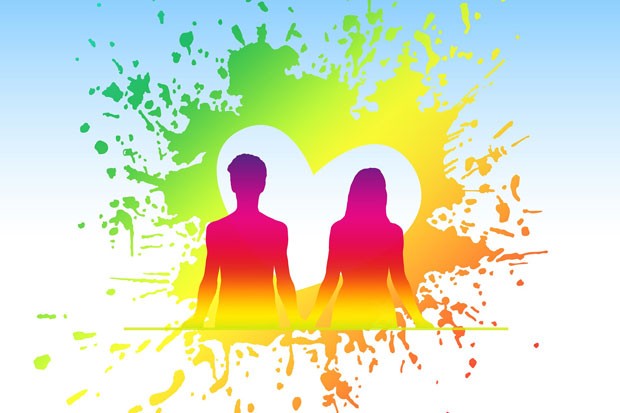 I'm a straight woman with a boyfriend of three months. I'm falling in love but don't know how to say it. Is there a way that's "safer" than others? Say it super casually? Slip it in at the end of a phone convo? In the middle of sex?

For originality and visual appeal, you can't beat the interior decorator approach to ILY: Your boyfriend walks into your apartment, and you have a little shrine with a small gold statuette of him surrounded by candles and oranges.

But let's back up from the "how to tell him" question to why you feel the need. Sure, you care about him, and it's romantic to be all heart-baring. However, it's possible the suspense from not knowing how he feels is causing uncomfortable psychological tension, the mind's version of a really bad need to pee.

Unfortunately, what's best for a full bladder might not set up the best dynamic for a relationship. Consider research by evolutionary social psychologist Joshua Ackerman and his colleagues. Though people believe "it takes men an average of 3 weeks longer than women to confess love," men tend to be the ones to "express love and commitment first." This makes sense when you consider that sex could leave a woman a single mom with a kid to feed. Women evolved to be "commitment skeptics," erring on the side of doubting a man's willingness to stick around and provide. A man in love is a man unlikely to be clandestinely swiping right on the hot hussies of Tinder.

Because men and women coevolved, men expect commitment skepticism from women. And because of this, I suspect it creates a stronger foundation for a relationship if a man perceives his female partner to be higher in mate value (say, an 8 to his 6.5). Heresy, I know. But note that it's generally seen as romantic if a husband says about his wife, "Just glad she didn't realize she could do much better!" and if a woman said that, we'd probably pity her.

If a longing to escape emotional limbo is behind your desire to get blurty, recognize that you aren't without information about how the guy feels. Look to his behavior. Does he show you he loves you and longs to be around you even when you'll be spending hours and hours fully clothed? Does he show concern for your well-being, helping you with some thorny work issue or giving you emotional support when you're down?

If you, through your own actions, show that you care, you signal that he can safely express love for you, in which case, you can say it back. As a woman, judicious honesty about your feelings is probably the best policy. Sure, let a man know you're into him, but hold back on exactly how much: "If we weren't together, I'd chain you to a wall in my basement and lower your food in a bucket."

I want to end a relationship, but I don't know how. I don't want to hurt my boyfriend's feelings, but we're just not a good fit. I really hate conflict and would rather just ghost, but I know that's not right. What's the easiest way to break up with someone? Is there a way to make it less traumatic?

The easiest way to break up with someone is to be crushed by a flaming meteorite. There's no uncomfortable conversation; your smoking ashes say it all: "It's not you. It's me, and specifically, the way I've been turned into a pile of fireplace trash."

You, on the other hand, are turning this guy into a human beetle trapped in relationship amber because you're letting your emotions do your thinking. Psychologist Daniel Kahneman explains that our brain has two information-processing systems, a fast-responding emotional system and a slower rational system. Our fast emotional system jumps in automatically. (You just get angry when someone keys your car; you don't have to decide to be angry.) Reasoning, however, is "mental work," Kahneman explains. It requires choosing to make the effort, like considering whether your initial emotional reaction (in this case, "avoid conflict at all cost!") is actually a wise response.

You might, for example, calculate how much time you spend daily fretting over procrastinating and add up the weekly "cost." Chances are you're actually having a ton of "conflict"; it's just not with the person it would be helpful to. Telling this guy, "I just don't think we're a good fit," on the other hand, releases him to find somebody who actually wants him. It also eliminates relationship issues that tend to crop up when you stay with somebody who isn't doing it for you anymore. (If your partner's inspired to get a battery-operated device to liven things up in bed, it shouldn't be a defibrillator.)