Over 20 years ago, a handful of local metal artists formed a guild in order to give themselves a formal way to meet and swap information.

"The group began as a handful of jewelers who found they spent a fair amount of time sharing a beer, trading vendor, tools and technique information. In 1999 this led to forming a guild; COMAG," states a press release from the group.

After starting with just a pair of artists, the Central Oregon Metal Arts Guild, as the group is formally called, now includes over 70 artists who work as jewelers, sculptors, blacksmiths, forged steel artists, metal fabricators and welders. People working in associated fields such as gem cutting and glass are also included. 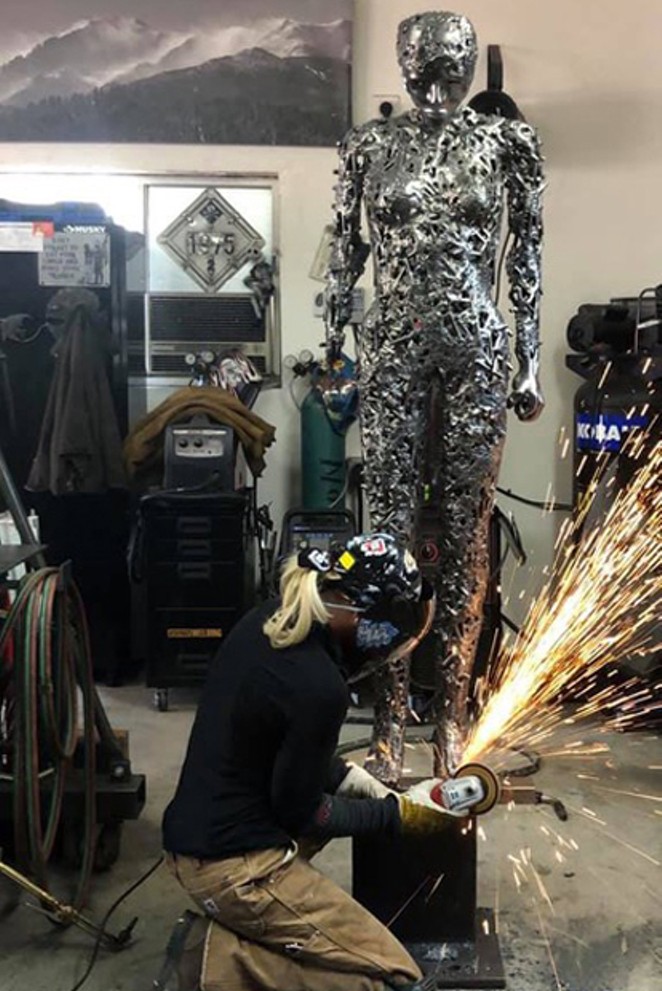 People can see those members' work on display this weekend, when COMAG hosts its 20th annual show at the Oxford Hotel in downtown Bend. Artists will bring their works and will be on hand to sell and talk about how they created it.

After not having a show in 2020 due to COVID-19 shutdowns, organizers are excited for 2021's version.

"Due to the restrictive climate, we are one of the only art shows remaining for the year," said this year's show organizer Goph Albitz. "We're local, which is one of the reasons we can do this—people don't have to travel to get here."

For Albitz, metal arts pieces don't lend themselves well to virtual shows, at least in part due to the fact that metal artworks are three-dimensional.

"I like to talk to people. I like to see them, not Zoom them," Albitz told the Source. "I think it [virtual shows] could work for things that you don't really need to see the quality of the work, or touch it, or in the case of jewelry, put it on—but virtual for our kind of show doesn't work at all."

He also sees Gov. Kate Brown's recent reinstatement of mask mandates in public indoor settings as a positive factor for the show. "The mask mandate is a good thing, because if they know people will be masked, people will feel comfortable going."

While the show is focused primarily on local artists, COMAG's show will also feature the work of a Russian artist, Anton Yakusheva, who previously collaborated with the guild on works for past shows. He's been unable to enter the country due to COVID restrictions, but his work will also be on display at the show. Given that COMAG's mission statement is to be "Dedicated to the promotion of education, information and collaboration in the metal arts and crafts," a collaboration of that nature is only fitting.

Visitors who attend will be eligible to sign up for one of two door prizes, offering $100 each toward the work of the artist of their choice.