Craft breweries turn south of the border for inspiration 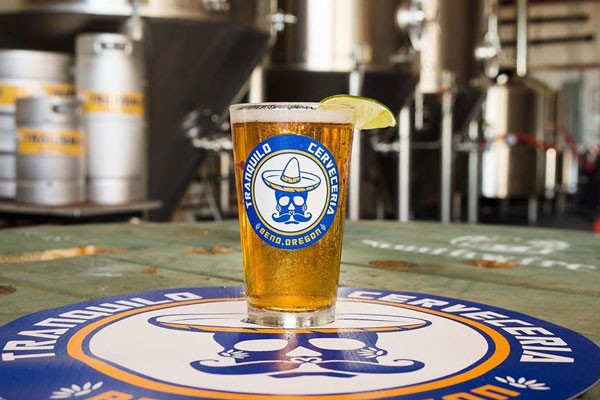 Whole Foods' annual Brewfest, held in early July each year and benefiting the High Desert Museum, can always be a bit of a challenge. It's a small, intimate festival, with just over 25 breweries showing up, and all the booths are managed by actual brewery representatives who can tell you much more about their drinks than a volunteer in a T-shirt.

But the fest is in a parking lot in the middle of summer, and that means hydration—and choosing the right beer for the hot weather—is important. That's where Mexican-style lagers come in, and this year's festival had no fewer than five of them on hand; a pretty hefty percentage for such a laid-back event.

Even before the Spanish conquistadors entered the lands south of what's now the United States, people were drinking fermented beverages down there. Much of it was made from the agave plant, the origin point of tequila and mescal. Once upon a time, Mexicans overwhelmingly beat the heat by drinking pulque, a sour, yeasty drink made from fermented agave sap. It's got a sour, viscous flavor and clocks in at around 5 percent ABV, but an influx of German immigrants in the 19th century, as well as a wacky period in the 1860s when Mexico was an "empire" ruled by an Austrian noble, allowed beer to very neatly take pulque's place on dining-room tables. (Pulque is still made, even enjoying a PBR-style hipster resurgence around Mexico City.)

These days, Mexican lager (itself based on Vienna lager) is popularized by brands such as Dos Equis, Pacifico and Modelo, all of which are around a century or so old. It's not a genre that has a massive amount of nerd-beer appeal, but it's the bread-and-butter of several well-known craft outfits, including Ska Brewing (Mexican Logger), Oskar Blues (Beerito) and the in-house Josephs Brau brand sold in Trader Joe's stores. A few locally-made ones worth checking out:

Tranquilo Especial MSA (Tranquilo): Not a lager beer, strictly speaking, but a "Mexican style ale" made by these local guys, affiliated with the Hola! restaurant. The Especial is like a much nicer version of Corona, but look out for the Amber MSA for more of a flavorful feel.

¡Uno Mas! (Mazama): Not to be confused with "Una Mas" (made by Left Coast in California), Uno Mas offers a full-flavored introduction to the genre. The Corvallis-based brewer keeps it pretty traditional with this one, so expect light malt flavor and the kind of crisp finish that does, in fact, inspire a desire for another one quickly.

Mexican Style Lager (Pfriem): For a truly Northwest take on the genre, look no further than our benevolent friends from Hood River. Made with a mixture of malted barley and corn, Pfriem's version has a lot more malty backbone than most in this genre, which features just a bit of light hoppiness that works perfectly with the crisp finish.