For gluten-free or vegan pizzas, or for quality takes on classic and inventive pies, Bend Pizza Kitchen delivers 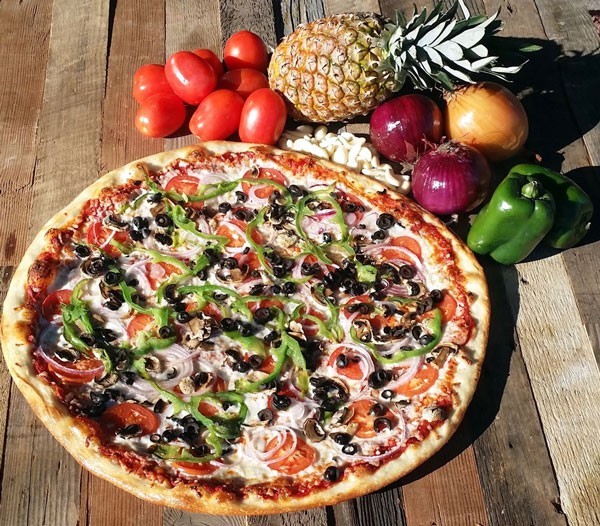 t was a Sunday night—an evening usually reserved for hot soups sipped around a fire as we try to stave off the creeping reminders of what Monday would bring. After a weekend spent in typical Bendito fashion—soccer games, two nights of live music, hiking and even a solo mountain biking sesh—regrouping around a hot meal was in order.

But thanks to a botched pot of beans, the plan to zone out in front of the TV slurping chili was out the window. What's the mom in charge of two teenagers—one my own, one recently arrived as our foreign exchange student—to do? Pizza, of course. You can force teenagers into almost any mission, so long as there's pizza involved.

Sunday evenings also happen to be live music night at Bend Pizza Kitchen, the bright, clean and inviting spot in Northwest Crossing, home to past iterations of pizza joint including, most recently, Martolli's. In this iteration, clean white tile, industrial chic finishings and long, family-style tables are both casual and upscale.

It was a Sunday night—but it also happened to be owner Robert Eisenberg's birthday. The guy has a youthful appearance, but tells me he bought the spot from the owner of Martolli's after some time in retirement. Since it was his birthday, Eisenberg revealed how old he was turning—and while I'm not gonna spill his secrets, suffice it to say it was an enviable early retirement. For someone who gazes longingly at every van lifer who rolls into town, maybe I shoulda chosen something besides journalism. 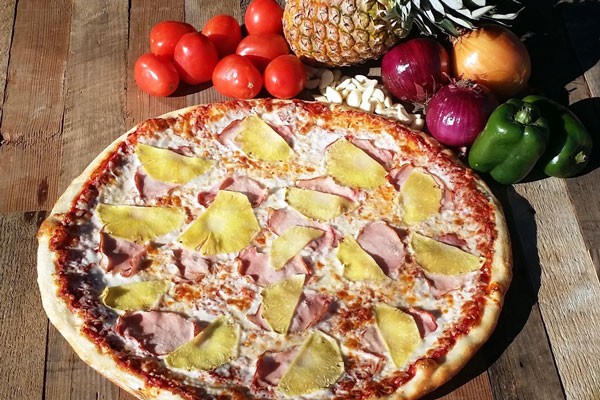 urns out, Eisenberg tells me, running a pizza joint is a lot of hard work—not exactly the makings of a leisurely retirement. There's the lugging of heavy bags of flour, time spent hunched over the ovens and other back-breaking work, he says. Still, Eisenberg and crew are creating inspired pies, including Brooklyn-style and deep-dish pies, as well as gluten- free crusts that definitely draw the Celiac and vegan crowds.

Did you know that gluten-free pizzas can actually still contain wheat? They can if you remove the gluten, Eisenberg says. He also says he's actually had customers believe they were given the wrong pie because the GF crust tasted just too "good." In addition, Bend Pizza Kitchen sources over 70 percent of its ingredients from local and/or organic sources, Eisenberg says.

"We believe that when you eat fresh, local organic food you feel great," Eisenberg said in an email.

To get a feel for the offerings, my teen crew and I dove into four small pies—BPK's affordable alternative to slices—and two salads. The Organic Pear Gorgonzola Salad is served with a homemade balsamic vinaigrette and a balsamic reduction—flavors both sweet and tangy and far beyond your typical ho-hum dressing. With spinach and arugula, Anjou pear and roasted walnuts, it was a hit around the table. So was the Classic Caesar, served with a Garlic Caesar dressing nearly as flavorful as the balsamic. 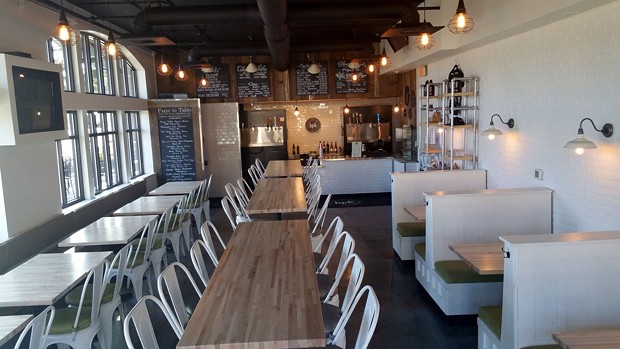 ext up was the Pesto Cini, featuring—you guessed it—a pesto sauce with chicken, caramelized onions, pepperoncini, mozzarella and roasted garlic—another hit for its combination of flavors. The arrival of the Manhattan brought a pie topped with garlic-olive oil sauce, pepperoni, Italian sausage, ricotta and mozzarella. Perhaps the most "traditional" of the bunch, it didn't disappoint. And since there were kids involved, the final choice was the Hawaiian, topped with sweet, thick Canadian bacon, tomato sauce, mozzarella and pineapple. Definitely a kids' favorite—though impressively, these teens were equally excited about the more inventive options, too.

Each of our small pies was done in Brooklyn-style thin crust, soft inside, slightly crispy on the out and with a tinge of sweetness. A commendable crust at a solid Bend pizza spot. In hindsight, we should have tried at least one pie with the GF crust, if only to see if we could tell the difference. Eisenberg says BPK, after several years in operation, gets more than its fair share of vegan and gluten-free customers, so it would have only been fair.

Next time, Source vegan and GF readers—because the next time we're in the need for a break from Sunday dinner, we know where we're going.

Oh, and what was for dessert? Why, a locally-sourced chocolate pizza, of course.