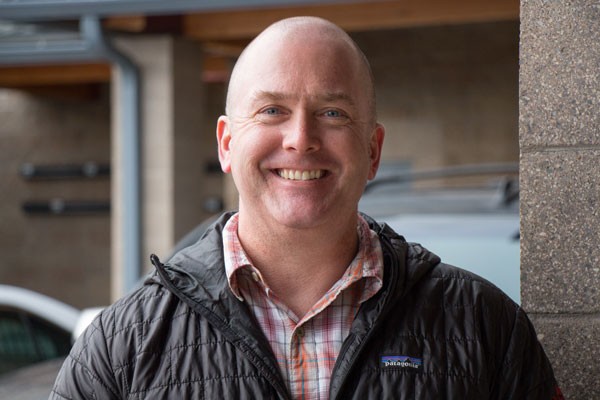 Before I can even get the words out, the cheerful yogi and owner of Indigo Yoga in Bend already seems to know what I'm going to ask her.

"Were they resistant in the beginning? Oh my goodness, oh yes," says Jeannie Laslo Douglas, laughing.

In 2014, she helped organize what she calls a "surprise attack" on the Bend Police Department. While 60 or so officers were in a tactical skills training session, Douglas and her assistants showed up to lead the unsuspecting cops in a yoga lesson.

"You should have seen the look on some of their faces," said Douglas. "Just like, what? We're doing... what did you say?"

Though police were suspicious at first, Douglas says she received such wonderful feedback from those first few classes that she and Lt. Brian Beekman of the Bend Police Department launched a pilot program for on-the-job yoga training. Soon after, Douglas and three other yogis were teaching noontime yoga four times a week for patrol officers. The program is now nearly four years old and going strong.

It started with a routine of light stretches and poses to help ease pain in many of the problem areas identified by the officers—and then Douglas threw meditation into the mix.

A 2012 study published by the Centers for Disease Control and Prevention found the suicide rate among those in protective services (including firefighters and police) was 30.5 per 100,000—ranking sixth in a study of 30 occupational groups in 17 states.

"I've been here for about 40 years and in those 40 years, four individuals associated with this organization have taken their lives," said Dave Howe, battalion chief of administration of the Bend Fire Department. "So we've known for a long time that we've needed something."

The suicide rate for police officers is four times higher than that of firefighters, according to the National Association of Mental Illness' website. In addition, the percentage of officers experiencing Post Traumatic Stress Disorder is between 7 and 19 percent, compared to 3.5 percent of the general population.

"Certainly someone who's not mentally healthy is going to have a very hard time serving the community," said Beekman. "We started to think about more of a proactive response to mental health. What about not waiting for PTSD to set in, not waiting for a significant mental illness to set in, what if we started to get ahead of that and what would that look like?"

In 2015, Beekman worked with members of Bend Fire to draft a proposal for a new position for an in-house mental health counselor that would act as an educational resource for both departments. The idea was to bring someone in who would not only build awareness about mental health issues, but would also destigmatize asking for help.

They brought in Andrew Barram, a doctor of psychology and behavioral health specialist in Bend, to help brainstorm what the new position would look like—and, most importantly, how they would be able to get officers and firefighters to trust the person who filled the role.

Barram suggested that no counseling records be kept and that the position be completely separate from any pre-employment or fit-for-duty evaluations. In the process of writing the job description, Barram decided to remove himself from the committee so that he could apply for the job himself. According to Brandon Ladd, chair of the behavioral health program at the Bend Fire Department, Barram was the right fit for the culture at the station.

"He can go have a beer with us, he can go on a mountain bike or motorcycle ride with us—have coffee with us," said Ladd. "He just feels like one of the dudes and it's not like this weird person that people kind of hide from." 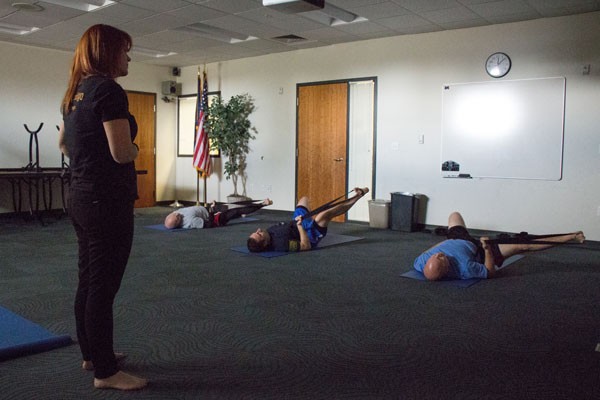 Changing the language around mental health

So—how do you sell mindfulness to a bunch of firefighters and police officers?

"Mindfulness sounds and looks like one of the softer, squishy, crystals, woo-woo mental health things," Barram said. "And then I was asked to try to sell it to the community that is probably the most resistant to that.

"Relative to those factors, I think we're doing a great job."

Part of the effort includes changing some of the language associated with the practice of mindfulness and mental health, such as titling one of his talks about mindfulness, "Tactical Awareness," or using the term "mental injury" instead of mental illness.

"I would say in general the idea is changing the culture to be more accepting of mental health issues—mental illness as an injury," said Barram. "Giving it the same respect—to treat it, address it and return to work from it—as we have for years with all sorts of other physical injuries."

Barram, now two and a half years into a five-year contract with the Bend police and fire departments, is interested in seeing how his position will grow as staff members grow more comfortable with talking about mental health issues. He predicts the internal peer support teams will likely take over some of the work he's been doing, such as presentations on mindfulness, sleep studies and PTSD, but he still sees space for his role beyond the five-year contract.

"We're always encountering new calls and new stressors," said Barram. "Perhaps the position evolves into something new. I'm not sure what that might look like. I hope we go beyond the five [years]."