Mirror, Mirror on the City Wall

Will 2020 be the year we finally learn the fate of Mirror Pond?

As 2020 approaches, people have plenty of predictions about the next decade, and inclinations about what's ahead. The Senate impeachment trial looms. An interesting presidential election will follow, with health care, trade and immigration only some of the topics of debate.

Here in Bend, we have more locally focused ideas about what will emerge as the number-one issue for the city. Our prediction is that 2020 may be the year that the fate of dredging the Deschutes River will finally be decided. 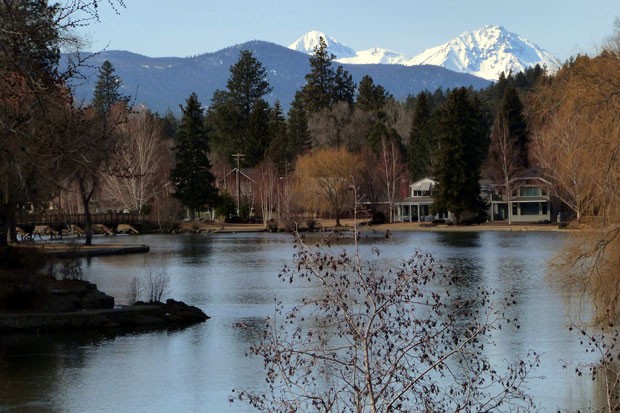 While we have issues about using public funds to pay for dredging a piece of property owned by a private entity, that is not what truly concerns us about the matter. What really makes us take pause is that the City of Bend and the Bend Park and Recreation District appear ready to allocate millions of dollars in public funds for this decades-long governmental struggle, without truly knowing if it is a project the public supports. Moving forward with a Memorandum of Understanding this fall, local leaders seem to be experiencing an understandable desire to finally, once and for all, be rid of the perpetual political malaise that has hung over the effort. And while it's completely understandable, it's not the right course of action.

There currently exists no survey that can credibly be used to map public opinion on this issue. The danger of the kind of political gamesmanship that has surrounded the dredging of the river has resulted in so much time passing between the various studies, surveys and proposals that there is no guiding document. We're not convinced that any of these worthwhile efforts from years ago demonstrate what the community wants today in light of the current needs of our most vulnerable populations, our housing crisis and sundry other projects that come with Bend's burgeoning population growth.

So, let's take a collective deep breath. It would be quite simple at this time to place the question on an upcoming ballot and put the issue of whether the public should pay for this project to rest. It's going to be a big election year, and that means big voter turnout. This is an opportunity to know definitively what the community wants, and to give elected officials the mandate and political cover they need to allocate this type of funding to a private organization.

Sure, the City and BPRD could commission another survey to gauge public support, but an election is the best survey and the best indicator of how people wish their tax dollars to be used. While elected officials are indeed empowered to make these types of decisions on the community's behalf, actually having this debate done in public by our representatives would benefit the community in understanding the value system behind these decisions. The City of Bend is currently putting a lot of stock into gauging public interest and support for its Transportation System Plan due to the hundreds of millions of dollars in bond funds on the table. Gauging public support for that plan before they roll out any bond measures on the ballot is an example of good public stewardship. The same should apply for the projected $6.7 million wanted to pay for dredging the Deschutes River.

The Central Oregon Intergovernmental Council, the Bend City Council and Bend Park and Recreation District should work together to put the topic of using public funds to pay for the dredging of "Mirror Pond" on the ballot.

Once and for all, let's have 2020 be the year we see what the public has to say.