As Bend Park and Recreation District and the City of Bend move forward with plans for a fish passage committee for Newport Dam and Mirror Pond, the age-old debate about dredging resurfaces once again.

Bend has been talking about Mirror Pond since the last time it was dredged in 1984. Yes, you read that right.

The cover of the Source this week shows the debate was in full swing 20 years ago, and while the stars of this never-ending story change as the decades go by, the same debates circle endlessly around, like pond sediment—notions of "historic preservation" and taxpayer money disappearing into the murky sludge. 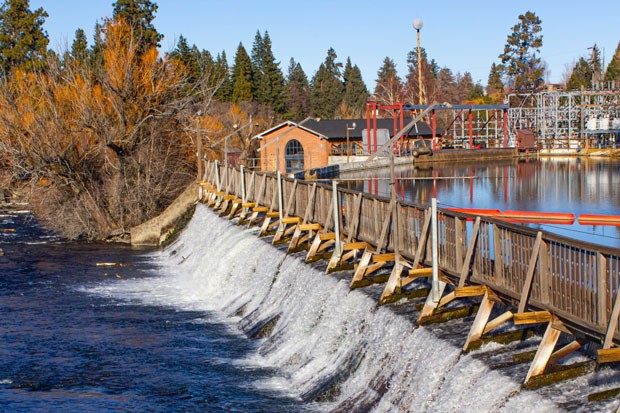 The last time Bendites saw large community consensus around the fate of Mirror Pond was in 2015—but it didn't last long.

A majority of people who filled out an online poll at the time wanted to see a hybrid compromise between a free-flowing river and the current shallow pond in the center of Drake Park near downtown Bend. But all of that was contingent on PacifiCorp, the company that owns Newport Dam—divesting of its property. That scenario, supported by the highest number of poll respondents, fell through when PacificCorp decided not to sell the dam, leaving behind more unanswered questions around whether to dredge and restore the historic Bend landmark that sits behind it.

It feels like the Bend-style debate that never ends—and after all that public process back in 2015, local leaders are now moving forward with their own process, opting to pay up for dredging... however long it takes.

In 2015, the Bend City Council and Bend Park & Recreation District adopted the 2015 vision by resolution, committing to the following goals:

-Retain Mirror Pond in its near historic condition

-Modify the dam to function more like a river

-Reduce the frequency or quantity of future sediment removal efforts

Then in 2018, both BPRD and the City committed $300,000 each to support dredging, according to Don Horton, executive director of BPRD. In 2019, the City agreed to pay $3 million to contribute to "historic preservation" of the pond. Horton said both parties have conditions that must be met before reaffirming their commitment to dredging.

First, both entities required an update to the Mirror Pond community vision from 2015, as well as a plan allowing fish to move from above and below the dam.

Both the City and BPRD are now working on a memorandum of understanding to hash out the details of a new fish ladder committee, to be run by the Central Oregon Intergovernmental Council. The MOU also calls for a public process to update the overall plans for Mirror Pond and to clarify everyone's responsibilities moving forward, according to a Dec. 3 draft of the MOU from BPRD. The group that will work on the fish ladder could be the ones to come up with a new community vision for the pond—though then again, that process could potentially take an entirely different form if that's what elected officials choose to do.

The MOU will come before the BPRD board on March 17 and then go on to Bend City Manager Eric King.

After the entities involved sign the MOU, they can move forward with the details of the dredging project by creating an Intergovernmental Agreement, which won't land in front of the City Council or BPRD until this summer or fall. 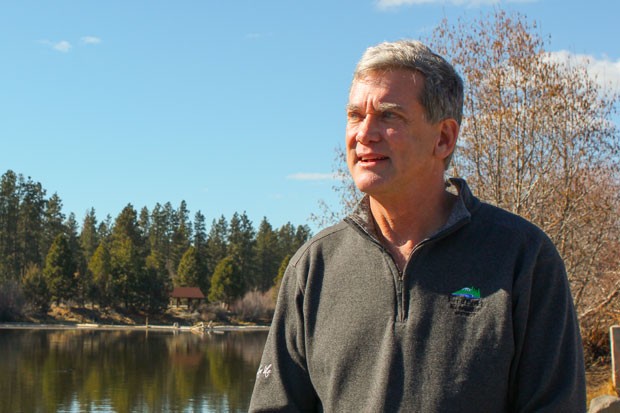 Despite endless setbacks, both BPRD and the City are still making progress in addressing the seven goals agreed upon in 2015. Next summer, BPRD will start construction on an extension of the Deschutes River Trail from Pacific Park (next to Portland Avenue) to Drake Park.

Horton said BPRD is also finishing up plans to restore the banks of the pond to a more natural state by replacing the retaining walls with vegetation.

The dam is the last human-made block on the upper Deschutes River that prevents some species of trout from migrating upstream. Environmental and recreation advocates see the addition of a fish ladder at Newport Dam as a positive step toward bringing back some river-like qualities to the area, despite the fact that the river will remain artificially dammed for now.

“This resolution is grounded in the reality that the dam is going to stay. The idea that we need to do a public process, people are just going to say they want the dam removed. They don’t recognize that these decisions have already been made by public bodies, we need to move forward.”—City Council Bruce Abernethy tweet this

As BPRD and the City move forward with some aspects of Mirror Pond improvements, some members of Bend City Council and the BPRD board disagree about spending public funds on dredging Mirror Pond.

Mirror Pond Solutions, the group headed by developers Bill Smith and Todd Taylor (who own the land underneath Mirror Pond) has been pushing for the dredging project to move forward as soon as possible. MPS has a deadline of next year before its permit to dredge the pond runs out (again). They've already sunk over $400,000 of their own money into the deal and have been raising more, according to Horton. The total cost of the dredging project is estimated at $6.7 million and MPS wants the City, BPRD and other private entities to pitch in. Taylor also wants his construction company, Taylor Northwest, LLC, to be the lead contractor on the dredging project. Both Smith and Taylor did not return multiple requests for comment.

City Councilor Bruce Abernethy cautioned against talking solely about dredging Mirror Pond, since it's too polarizing, and said instead the community should focus on other positive aspects of the project, already in process. He believes last year's City Council agreement was very clear that some of the money would go toward dredging—the majority even.

"This resolution is grounded in the reality that the dam is going to stay," Abernethy said. "The idea that we need to do a public process, people are just going to say they want the dam removed. They don't recognize that these decisions have already been made by public bodies; we need to move forward."

BPRD board member Ariel Méndez disagrees. With the long-term future of the dam unresolved, he's skeptical about dredging and is advocating for a new public process around Mirror Pond, called deliberative polling. He explained this works by randomly selecting a representative sample of people who live in Bend to come together for two or three days with access to experts on the issues. Trained facilitators make sure no single voice dominates the conversation, which leads to informed and significant opinion change, he said.

While Méndez supports the fish passage, he said the potential to leave the pond "as is" is an option that has not been given adequate consideration, and it could be the best use of taxpayer dollars. He noted that the section of river near the Old Mill District was once a pond, but grew in over time, and became of the most beloved recreational areas in the city.

"As an elected board member, I feel responsible to consider the ecological and financial burdens of dredging," Méndez said. "It should be carefully scrutinized. I've been advised by Parks [BPRD] staff that the silt in the pond has reached equilibrium. After it was dredged in 1984, seven years later in The Bulletin there were articles asking, 'When are we going to dredge again?'"

Horton said he has discussed creating a ballot measure with County Clerk Nancy Blankenship to resolve community disagreement around dredging, but she said they couldn't do it unless it involved a bond measure.