Mirror Pond: Instead of another groundhog day, let the people vote | The Source Weekly - Bend, Oregon

Mirror Pond: Instead of another groundhog day, let the people vote

It's political groundhog day, as the issue surrounding Mirror Pond resurfaces in the news. In this month's version of the story, the Bend City Council has stated that they believe it is Bend Park and Recreation's responsibility to manage Mirror Pond. One could argue that Mirror Pond—or, as we affectionately refer to it here – the Deschutes River, never left the news. One could make the case that soon after the river was dredged the last time, the slow political siltation was pushing its way back into the City Council and park district chambers, where it would be discussed again and again and again. And if it is dredged, our children will be having the same conversation nigh 20 years from now. 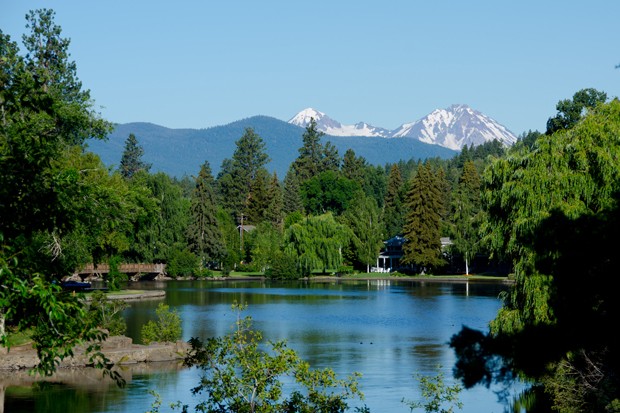 We are not fans of keeping Mirror Pond and have never supported dredging. Our position has not wavered on the issue. We have advocated for the past 20 years for a scientifically based solution that does not include a dam. And, although it has taken a while, we believe that this has become the prevailing sentiment within the community. Does a reflecting pool trump the many other ways that dredging monies could be spent? Of course not. Is a warm, still, reflective body of water more beautiful than a flowing river? Not to us.

However, we realize that our passion around Bend's iconic reflecting pool has limits, and we are willing supporters of any decision truly driven by the community. This is an issue that requires leadership, and while we are encouraged by the direction that the newly minted City Council is taking, the political network around this issue is vast. Motivation will spring more easily from a community-wide vote on the matter. When we first called for a vote by the people, we were alone, but more recently others are now clamoring for community consensus—we suspect because the political channels where money and influence flowed have, well, silted up.

We are well past groundhog day, and we are long past believing that a solution to this issue will come without the will of the people.