I'm not sure we as a nation, let alone the entire planet, truly appreciate the utter magnificence of Sarah Paulson. We don't deserve her, but that's OK because we've never deserved her. She takes every single project she's a part of and makes it better by grounding her performance in believable human emotions. Her newest film, "Run," launched on Hulu last week, and she once again proves that she's the absolute best.

The first thing I remember ever seeing one Sarah Catherine Paulson in was "Deadwood," where she played the small role of the duplicitous and evil tutor Miss Isringhausen. She only lasted a few episodes before Swearengen got rid of her, so the impression she made was very small. It wasn't until her lead role on Aaron Sorkin's "Studio 60 on the Sunset Strip" that she had a chance to spend some time in a character and really show what she could do if given the time. 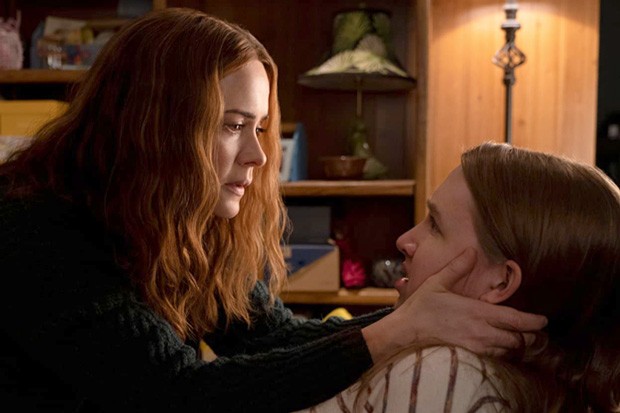 It was Ryan Murphy bringing her into his troupe of actors for "American Horror Story" that made her explode into the pop culture consciousness. Some of the roles she's played on "AHS" are incredibly and stupidly ridiculous, but she always finds a way to grace them with humanity. She even managed to give Susan Atkins, a real-life Manson girl, some semblance of a soul.

Paulson gave her best performance so far in "The People vs. O.J. Simpson" as the embattled prosecutor Marcia Clark, somehow managing to make Clark a heroic figure without ever resorting to caricature. After winning every award possible for that, she tried to add some soul to the profoundly evil Nurse Ratched with, in my opinion, mixed results. Don't get me wrong, that show's lush production design and eye-melting cinematography look amazing, but we've never needed Ratched to be human. As good as Paulson is in the role, she's just adding shades of grey to the boogeyman without letting us ever really understand her.

All of this is to say that even the flattest of Murphy's writing is improved by Paulson. The worst season of "American Horror Story," ("Cult" by a long shot) was made better by her presence. I don't think Paulson has , come close to doing the best work of her career yet, but if she can successfully transition from TV into movies, I think we might get there.

Her new film, "Run," would have had a theatrical release in any other year, but in 2020 it quietly launched on Hulu, instead. She plays Diane, mother to Chloe, a teenage girl with diabetes, asthma, paralysis and a host of other medical issues. When Chloe finds a bottle of pills designed to cause numbness in the legs, she starts to think her mother might be gaslighting her about being sick at all.

Basically, the movie is a modern remake of "Misery," but dressed up as a cat and mouse thriller. It's sinfully entertaining even as the director seems satisfied to fill you with empty cinematic calories, hoping the audience just giggles at the insanity instead of thinking about any of it for too long. It's another in a long list of projects that don't quite live up to the talents of Sarah Paulson, but she creates such a memorable movie monster that it's hard not to be impressed by the film anyway.

Her name is Sarah Paulson. She's luminous and we don't deserve her, but since we have her, let's not take her for granted. She needs better projects staffed with brilliant writers and visionary filmmakers. Let's make this happen, people.