Local artists say Spotify's recent announcement to give artist and labels paid promotion isn't a cool feature; it's harmful to the industry and those listening

On Nov. 2, Spotify announced a new feature that will "Amplify Artist Input in your Personalized Recommendations," by allowing artists and labels to take a promotional cut from streaming royalties, and boosting them in different recommended areas on the platform. In today's world, streaming services reign king over radio, but just as payola (pay-to-play) ran rampant during the peak of radio, some say the move represents another way to amplify some voices while shutting others down.

In the release for the feature, Spotify states, "we believe our recommendations should also be informed by artists—their priorities and what they have to say about their music," and because it doesn't require an upfront payment or budget, they claim it is "accessible to artists at any stage of their careers." 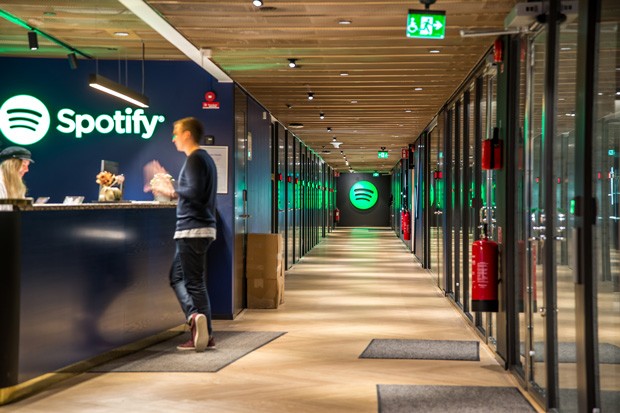 Instead of paying to use this new feature, Spotify says "labels or rights holders agree to be paid a promotional recording royalty rate for streams in personalized listening sessions where we provided this service," making the payment for artists less than it already is. Especially during a time when artists can't tour, every cent counts, so the feature might not be a viable option for all. Artists who are interested will have to decide between paid exposure or receiving their normal paid rate.

"They're just trying to make as much money off of artists as possible, as usual. And in return, we don't even know if the music would be in front of any more people than it already is," says Mason Coats, who plays bass in Bend's Night Channels and releases solo work as Masinformation.

One could argue that this gives artists who really believe in a particular song of theirs a chance to boost it into more of Spotify's algorithms, but the obvious counterpoint to that would be that it just gives major labels an easier way to control the streaming market than they already do. Currently, Spotify says it will only be applying this program to its Autoplay and Radio features before eventually testing it in other areas of the platform. For independent artists, those royalty cuts might not even be worth it in the long run. And Spotify also hasn't clarified if these boosted songs will be marked with something to signify it was paid for.

"It's just another way to keep us hoping people will hear us. To keep us watching those stream numbers closely, wondering if those extra streams came from the extra money we spent," added Coats. What artists pay or earn via streaming all depends on if they are signed with a distributor or label, which will split their earnings, and how many times their work is streamed. If they choose to try out Spotify's new feature, many musicians like Coats will be wondering if the money missing from their earnings will be worth it.

At the end of October the Union of Musicians and Allied Workers released its "Justice At Spotify" initiative, which calls for multiple changes to Spotify's business model, such as asking for a set royalty rate of at least 1 cent per stream. A penny per stream would be a higher rate than what Spotify pays artists now. To generate a single dollar on the platform it takes 263(!) streams, the Union notes. The letter also asks for Spotify to reveal any existing incidents of payola (paid spots on curated playlists, etc.) and then to end those practices. Instead, Spotify announced a new way to take money from artists. As of Nov. 9 at 10:30am, 17,266 allies and musicians had signed the petition.

"In my experience, Spotify makes so much money for doing hardly anything at all, it's sick," says Bend singer/rocker Eric Leadbetter. "[It's] One more way for them to double screw musicians of all different market values."