Hometown butcher shops offer that personal connection, so common in days gone by

"It's a little-known secret that I bought a meat shop so that I could continue to make soup," jokes Jake Williams, owner/manager of Primal Cuts Meat Market on Bend's west side. He enjoys making soup from scratch, using the daily leftover bits and pieces from Primal's butcher shop. But let's get something straight: Primal isn't your great-grandma's butchery... unless there was a bar with three dozen tap handles offering beer, cider, and CBD sodas in grandma's shop! 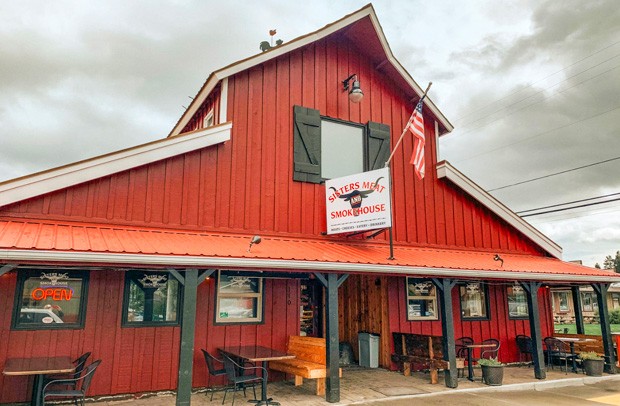 Yet Williams and his counterpart, Jeff Johnson, CEO of Sisters Meat and Smokehouse, are both in the business of keeping old-world methods and family traditions alive and well in their modern-day, local meat shops. Johnson partnered with Master Smoker and third-generation Oregon meat craftsman Brody Waller to open the shop in Sisters, where they're keeping Waller's Grandpa Jack's legacy going strong. Grandpa Jack's old sausage stuffer and carcass hanger are displayed in the shop, among other memorabilia.

Rewind 100 years to the 1920s, when local butcher shops were a fixture in most American towns and cities. For thousands of years before that, beginning with the earliest hunter-gatherer tribes, butchers served a valuable purpose in human society: slaughtering, dressing, and cutting meat, fowl and fish for human consumption. Interestingly, 1916 was a historic year for the grocery industry; it was when Clarence Saunders opened the first-ever "self-service" grocery store in Memphis, Tennessee. Saunders' Piggly Wiggly was just the beginning of what you might call the golden age of the supermarket, which led to the decline of things such as the local butcher shop.

But the pendulum always seems to swing back. Here we are in the 2020s, and guess what's cropping up in communities all over the country?? Yep, you got it: local meat shops, focused on local products. "We do think of it as kind of a three-headed monster. It's about selling great beer, great house-smoked meats and sandwiches made from those meats, and it's also about a fresh case full of house-stuffed sausages, dry-aged steak, pork and chicken all from as close to the shop as we can get it," says Williams. 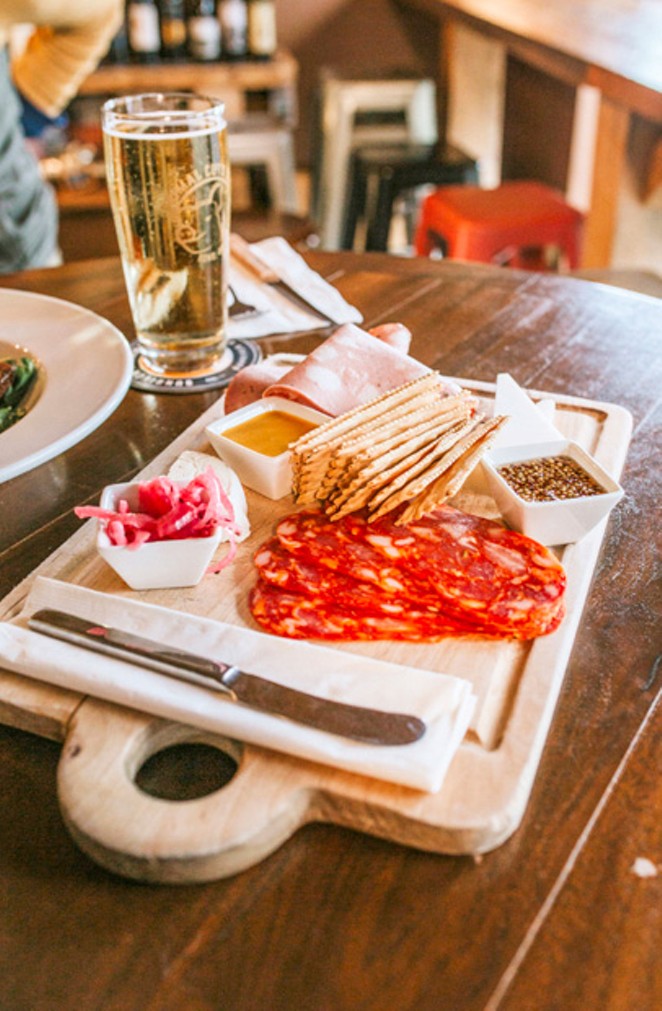 The other real throwback is the human connection. As Johnson explains, "This is still a place where you can come in and actually talk to the person that makes what we sell."

Stories of the good ol' days of hog butchering on the farm and everybody having a smokehouse on their property may be part of the inspiration behind the current obsession with everything "local." That, and the realization that it's healthier for people—and the planet in general—if people can eat food that comes from nearby. That includes meats.

Primal Cuts Market on Galveston in Bend is where visitors will find a case full of things such as house made sausages, smoked bacon, dry aged ribeye and deli meats. There's also a freezer filled with local Wagyu beef, lamb, soup stocks and more. Patrons can order deli sandwiches and charcuterie boards, along with daily specials. Shelves are stocked with handcrafted specialty items such as Primal's famous pickled onions. There's also the option to fill a growler or grab a pint. 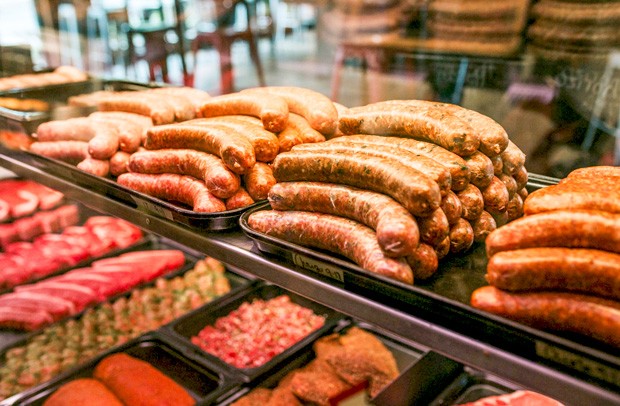 In Sisters, the go-to local meat shop is the artisanal butchery and eatery known as Sisters Meat and Smokehouse. Offerings include in-house smoked jerky and other meats and cheeses as well as freshly cut meats. There's also a freezer full of things such as ground bison, bratwurst and dog bones. The lunch/early dinner menu features deli sandwiches using the meats smoked in-house and charcuterie. Handcrafted jams and seasonings line the shelves and local beers and wines are on tap.