When "Fake News" disguises itself as documentary 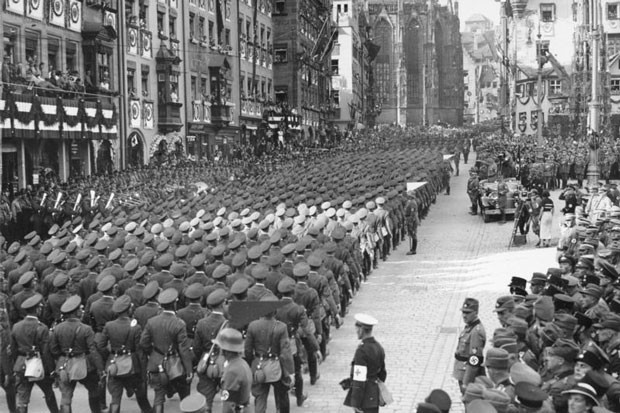 It's somewhat exhausting living in a time in which "Fake News" has become a rallying cry. When it first became a meme, it seemed like a genuinely important distinction to make for people who've spent most of their lives swallowing everything the "media" was dishing out. Not only does everyone want to believe the stuff they see on social media is accurate, but they hope it validates the opinions they're holding onto for dear life.

Sometime in the last year, "Fake News" has ceased to be a rallying cry for Americans to better vet their news sources, but has instead morphed into another way for the far left and the far right to better exist inside their own echo chambers. The idea (as so many good ideas do) has been repurposed by Trumpsters and Bernie Bros alike as a way to put their fingers in their ears and blow a raspberry at any information that doesn't fit their ideological paradigm.

A perfect example of this is the new offering from political pundit/filmmaker Dinesh D'Souza, playing a one-man game of "You're the Fascist" for the last few years, to horrendous results. D'Souza so desperately wants to have the juice to influence elections that he makes claims that don't stand up under the briefest amount of scrutiny.

His newest pit of despair is called "Death of a Nation," featuring a poster filled with Antifa riots, slaves in chains and the faces of Trump and Abe Lincoln morphed together to add a bit of nightmare fuel. I'm not sure neocons or liberals would go into the film expecting accuracy, but the fact that Trump gave D'Souza a full pardon after his 2014 sentencing for illegal campaign contributions is downright hilarious. Just a mild conflict of interest there.

Documentaries don't need to be unbiased, but they can't play fast and loose with the facts. Michael Moore (who the right sees as the liberal version of D'Souza) editorializes throughout his documentaries all the time, but it's hard to argue partisanship in films such as "Roger & Me" and "Sicko." Those films take topical hot button issues and try to get to the truth behind the rhetoric, whereas D'Souza's films resemble a PowerPoint presentation given to the white middle class from the safety of a bomb shelter.

It used to be much easier to spot propaganda when it was put before you. Whether it's D.W. Griffith's "Birth of a Nation" or Riefenstahl's "Triumph of the Will," you could look at them and feel the dirtiness creeping beneath your skin. Our instincts won't allow us to swallow lies that big. D'Souza's films are sneakier, but just as manipulative and ultimately destructive. In 2018, with so much media constantly bombarding us from all sides, it's harder to spot the propaganda even as it stares us in the face...or as it plays at our local theater chain.