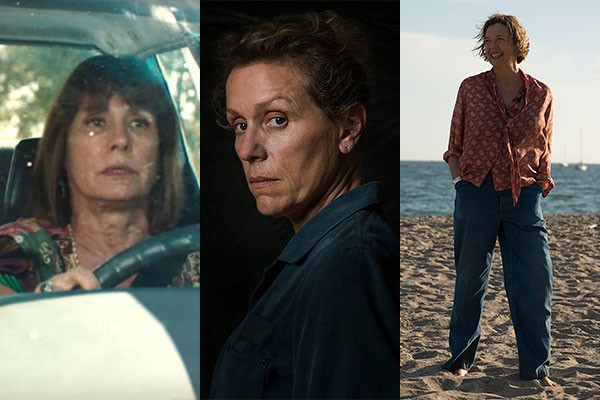 I know lots of people have complicated relationships with their mothers, but mine has always been pretty laid back. The first time I was pulled over by a cop, she randomly drove by, hopping out of her car like it was on fire and getting all up in the cop's face. Priceless.

Regardless of your relationship with your mom, here are a few movies that show how complicated the love between a mother and her brood sometimes can be.

I watch "Psycho" most Mother's Days because it's the ultimate love letter from a son to his mother. Poor old Norman Bates just didn't know how to stop taking care of his mother dearest, so he continued on long after her demise (Sorry for the 60-YEAR-OLD SPOILER). I mean, some people take from the film that Norman is crazy and kind of a serial killer, but I think he was just a little confused. And don't we all go a little mad sometimes?

A sadly overlooked modern classic starring Annette Bening and Greta Gerwig, the film focuses on surrounding a 15-year-old boy with mothers, both figurative and literal. As the boy's mother, Bening has no boundaries with her brutal honesty and overwhelming ability to smother. Gerwig is a boarder in their house who teaches him how to find himself amid all the noise and Elle Fanning teaches him how to fall in love. As a grown man, he tries to describe his mother to his children and finds it impossible.

If I ever get murdered, I hope my mom will go on a violent rampage as she seeks justice, just like Frances McDormand does in her Oscar-winning performance. She firebombs police stations, kicks pre-teens in the crotch and turns an entire town against her as she hunts the killer of her teenage daughter. This is probably the best movie ever made about a true mama lion out to tear apart some jackals, reminding me moms can be the scariest thing ever.

It's one thing to protect your kid from the evil that men do, but it's another thing entirely to fight a monster that feeds off fear and despair. Essie Davis plays one of the greatest cinematic moms in history as she protects her six-year-old son from a creature straight out of a pop-up storybook. Even when the master is at its scariest and most evil, Davis is such a badass that it's hard not to wish she was watching over all of us every night.

I know it's a new one, but "Lady Bird" should be required viewing on Mother's Day. In fact, they should change the name to "Lady Bird Day." There are not too many movies that feel so personal yet so universal, covering how a teenager getting ready to head out for college deals with her mother before saying goodbye. There's anger, bitterness, naiveté and most of all a love impossible to turn your back on. It's a beautiful story about how we all connect to our moms, for better or worse.