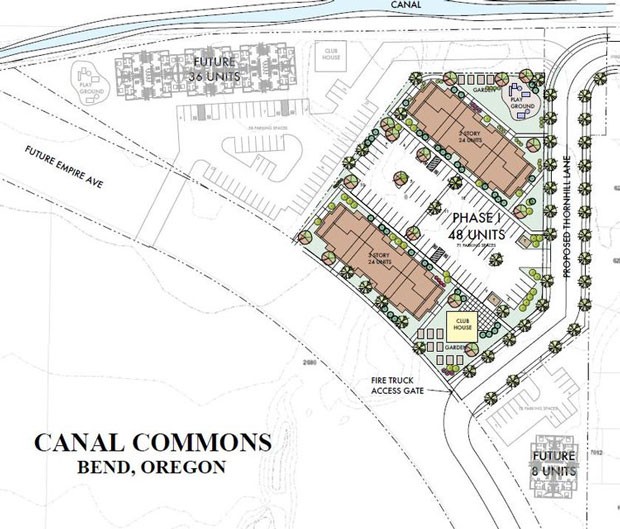 Pacific Crest Affordable Housing, a Bend-based developer of affordable housing projects, has received millions in federal and state tax credits in an effort to afford to build the $15 million, 48-unit affordable apartment building near Pine Nursery Park in northeast Bend.

Deschutes County's current AMI is rounded to $69,600 according to statistics from the U.S. Housing and Urban Development's webpage. This means the rentals will be available for earners between $20,880 to $36,888 median income for a family of four.

"Pacific Crest really builds quality, affordable housing," McConnell told the Source. The product they've done in Bend is really fantastic—no one can tell they are affordable housing. I'm proud of them for going out and getting the money."

The 48 units are part of phase one. Phase two has plans for the possibility of 36 more affordable units, according to information from Pacific Crest's website.