More Bread Crumbs for a Solution on Mirror Pond

This week, a new committee, the Mirror Pond Fish Passage Advisory Committee, was scheduled to have its first meeting. The purpose of the committee is to "advise and make a recommendation on a fish passage solution" for the portion of the Deschutes River that flows through downtown Bend.

Those who have been around a while know that this is yet another plodding step in an ongoing saga that seems beyond the resolve of local government. Like a couple of kids lost in the forest with only some breadcrumbs to follow, the general public continues to be asked to hold out hope that there is a resolution at the end of this red-tape tunnel. 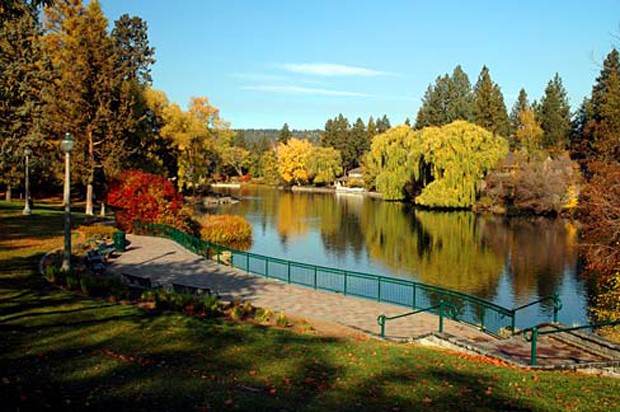 The most recent movement in the saga of whether to dredge or not to dredge the river to remove the silt that accumulates behind Newport Dam happened in 2019, when the City of Bend and Bend Park and Recreation District each resolved to explore the option of adding fish passage around the dam, as a condition of using public funds to move forward on dredging. With PacifiCorp resolved not to sell its dam, and the private landowners who own the dirt under the pond adamant about dredging, the issue seemed to get only more complicated when some of the more environmentally minded members of the City Council and parks board brought this additional consideration forward. While endeavoring to add a fish passage that would begin to mitigate some of the environmental damage to aquatic species is a good thing, forgive us for being cynical.

Related Inching Closer to a Mirror Pond Resolution: Bend Park and Recreation District and the City of Bend set the framework of an MOU

After years of public surveys, public meetings and photo ops, it is no mystery what should be done for the river. Mirror Pond may have historical significance as a "pond" for some, but let's not forget what it really is: a stagnant part of the river that neither looks nor acts like a river anymore. The public has already spent a great deal of public money and collective energy on this, and while it's encouraging to see the health of fish and aquatic species being considered, at the same time it feels like this brings the issue no closer to closure.

Related Murky Waters: An agreement over what to do with Mirror Pond stalls out—again

It's been two years since the last bread crumb—the advent of resolutions resolving to explore fish passage—were tossed out. Now, in 2021, comes the next crumb. The committee will, over a series of six meetings from now through October, explore and ultimately make a recommendation to the City and BPRD about the best fish-passage option. In other words, the work of the committee is purely exploratory. "The committee is purely advisory in nature, and will not be making a decision," as the description on the committee's web page reads.

With committee members including a member of the BPRD board, a city councilor and an employee of PacifiCorp, it would stand to reason that the solution they come up with will be embraced by the various entities involved—but there's no guarantee. With the current makeup of the park board and the City Council, it's likely, but not ensured—and with that comes our reservations around getting too excited. We're cautiously optimistic, but then again, it could be just another bread crumb to follow in this long, seemingly never-ending saga.

Related Mirror, Mirror on the City Wall: Will 2020 be the year we finally learn the fate of Mirror Pond?

Mirror, Mirror on the City Wall
Will 2020 be the year we finally learn the fate of Mirror Pond?
Editorial