Gov. Kate Brown signed an extension of eviction moratoriums into law, while another for foreclosure moratoriums sits on her desk

On May 19, Oregon Gov. Kate Brown signed Senate Bill 282 into law, giving renters a longer amount of time to pay back any accrued rent since the rent moratorium began on April 1, 2020.

The moratorium expires on June 30, after which time renters can no longer default on their rents without risking eviction. Tenants have until the end of February 2022 to repay what has accumulated throughout the moratorium. 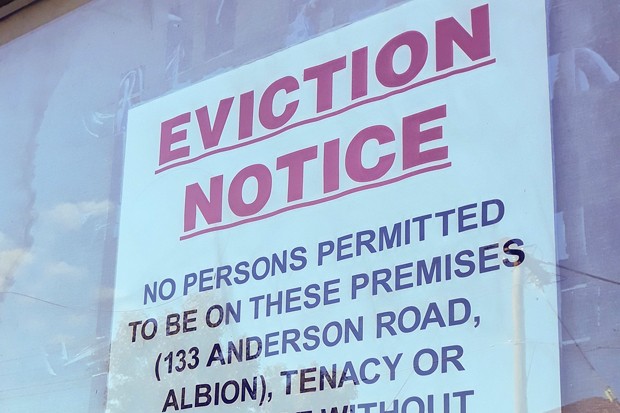 "Everyone deserves a warm, safe, dry place to call home––and during the COVID-19 pandemic, it has been particularly critical that Oregonians be able to stay in their homes," said Brown. "Disproportionately, those Oregonians are from Black, Indigenous, Latino, Latina, Latinx, Asian, Pacific Islander, Tribal and communities of color."

The bill extends the time Oregon tenants have to repay rent by eight months, avoiding what was a June cutoff. A QuoteWizard study found that 27.3% of renters in Oregon said they were at risk of eviction in May.

"Oregonians are coming to the end of a once-in-a-generation struggle, and we need to give them an opportunity to recover," said Rep. Wlnsvey Campos. "This legislation was negotiated with landlord and tenant advocates at the table and provides necessary protections for both as we plan for the distribution of federal dollars to help keep families in their homes."

The bill's central purpose is to extend the moratorium, but it also prevents landlords from denying rental applications based on eviction during the pandemic, temporary lifts occupancy limits for people staying with friends or family, extends penalties on landlords for violating rules on conduct through February and expands Oregon's Emergency Rental Assistance Program. The $280 million in rent assistance is available to all renters who have experienced unemployment or reduce incomes, or if they're at risk of housing instability or homelessness.

"SB 282 will help set the stage for a more equitable recovery by preventing the fallout from this pandemic from following the most vulnerable Oregonians for years to come," said Rep. Julie Fahey, who carried the bill on the House floor. "This legislation offers protections to both tenants and landlords, and ultimately ensures that we help the Oregonians who have been impacted the hardest by the COVID-19 pandemic."

The bill extends the time Oregon tenants have to repay rent by 8 months, avoiding what was a June cutoff tweet this

SB282 passed largely along partisan lines, with three Republicans, Reps. Ron Noble of McMinnville, Greg Smith of Heppner, and Gary Leif of Roseburg crossing the aisle to join the unanimous Democratic support, resulting in a 39-17 vote. Redmond Rep. Jack Zika tried to send the bill back to committee to address concerns that some provisions reduce landlords' ability to use their own judgement when selecting tenants.

"No one wants people to be evicted," said Zika, according to Oregon Public Broadcasting. "There were just some issues with the landlords."

The effect of Oregon's housing laws passed over the past year have added a number of factors to the study of the market and, though helpful in the short term, still have unknown long-term effects.

"During COVID, there have been eviction moratoriums, foreclosure moratoriums, and so I think that that effect on the market is potentially even more dramatic than Senate Bill 608, which was the rent control bill," said Carolyn Eagan, affordable housing manager for the City of Bend.

Some landlords have reported that the eviction moratorium and rent control bills passed by Oregon's legislature could discourage ordinary people from renting out a property or two.

"Some of Oregon's new laws make it tricky to be a landlord, and have made a lot of landlords, especially with just a few rentals, say, 'I want out,'" said Tamara Houston, who owns two properties in Bend that she rents to local people at affordable rates.

"I'm thankful, and I'm sure Oregonian homeowners will be thankful that we took the time to get this right," said Rep. Tawna Sanchez. "After a difficult year that nobody could have anticipated, it is time to pass this bill and get homeowners in Oregon the support they need to stay in their homes as we begin to come out of the pandemic."

The bill passed with a 36-20 vote and is sitting on the Governor's desk, and if signed would allow her to extend the moratorium in 90-day increments until the end of the year.