More of those greenways, Bend. 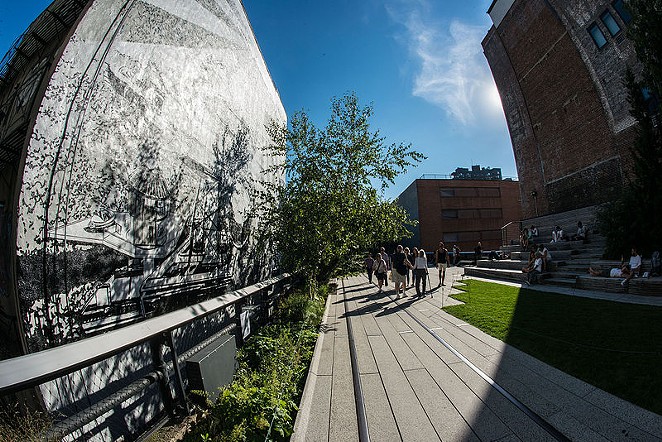 But about those sidewalks...

This week, the City of Bend planned an Open House for the upcoming 6th Street Neighborhood Greenway—located on one of the very same streets that hosted September's Open Streets event, which some dubbed a "war on cars."

When you start seeing the construction happen on this portion of 6th Street this fall, try to remember that the effort is far from a "war on cars," or a conspiracy to rob you of your right to drive a car. Instead, it's a method that allows those using other forms of transportation more of a safe experience—something we should applaud and support more of.

As described by the City of Bend, Neighborhood Greenways are "select side streets (typically residential) that create easy-going bicycling between homes, commercial venues, services, parks, schools and jobs." In the case of the new one on 6th Street, extending from Greenwood Avenue to Butler Market Road, the project will involve new signs, pavement humps and pavement markings that discourage cut-through traffic along the street. It will also, perhaps most importantly, include construction of crosswalks across Olney, Revere and Greenwood Avenues and 6th St. Currently, the lights at 3rd and 8th Streets and Greenwood—a considerable distance between them on foot—are the only safe crossings for cyclists, walkers, those in wheelchairs and others not in cars. Important to note: the crosswalk portion of Greenwood is in the purview of the Oregon Department of Transportation, and, frustratingly for those who use the area for pedestrian activity, won't be completed on the same timeline as the Greenway. According to the City of Bend, the ODOT crosswalk will be completed "within three years."

If you've walked or biked portions of 6th Street before, you might have noticed that most of the street doesn't have a sidewalk—and the City of Bend doesn't have immediate plans to install one as part of this project. The street won't be completely free of cars—and isn't intended to—but we hope it will indeed make it safer for pedestrians and cyclists in the area, while at the same time allowing traffic to, slowly, get about. 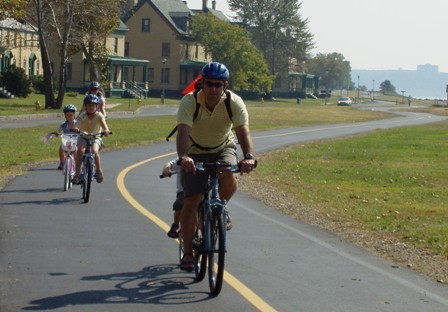 We fully support these efforts and we applaud the City for moving forward with this portion of its 2018-2021 Capital Improvement Program. But in case you're still stuck on the war on cars, check out this helpful description of Neighborhood Greenways from the Association of Pedestrian and Bicycle Professionals, in a feature on Seattle's greenway efforts:

"Greenways offer a transformative tool in defusing the "cars vs. bikes" rhetoric because they offer an infrastructure product that everyone can imagine benefitting from and which helps protect the most vulnerable road users: seniors, children and people with constrained mobility. Whether you bike or not, you probably want your residential street to be peaceful and attractive and to be protected from cars barreling through at dangerous speeds."

We do want our residential streets to be peaceful and accessible, and ideally, to include more sidewalks.

As the City updates its Transportation System Plan, there's room for people in Bend to weigh in on that. You can share your thoughts on which areas need sidewalks most by visiting: bendoregon.gov/city-projects/transportation-system-plan.