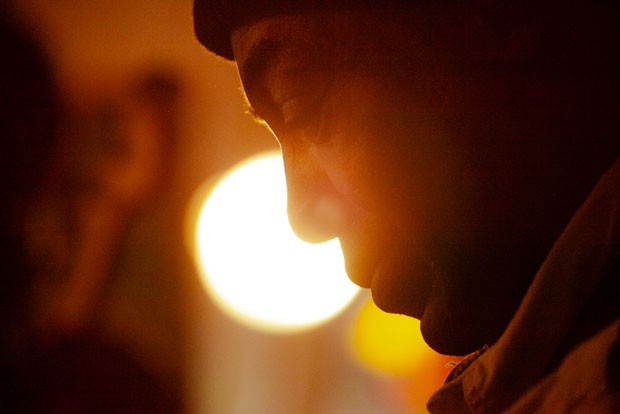 The singers that Portland's Ural Thomas has counted among his contemporaries reads like the list of Lifetime Achievement Award winners. Thomas first forayed into a career in music back in the 1950s, '60s and '70s, performing with the likes of Stevie Wonder, Otis Redding and James Brown. After taking a break from professional music, it took him several more decades to release an album.

Thomas, a fixture in the Portland music scene, known for his jam sessions, never quit singing and performing.

"I started doing things on my own and I shared it with the kids in the neighborhood," Thomas says. "I was always sitting on the back porch writing, and I bought musical instruments and tables and chairs and we started having jam sessions. My purpose was to let the kids know they could do anything they wanted with their lives, and I wanted to give them direction. Not everyone is a musician, but everyone loves music."

In 2014, drummer Scott Magee approached Thomas about putting together a band and giving his music career another shot. Ural Thomas and The Pain have been performing soul and R&B revival jams ever since, cementing themselves among Portland's most elite performers. Now, at nearly 80 years old, Thomas and his band are releasing the full-length debut album, "The Right Time" on the Portland-based Tender Loving Empire record label.

"It's been awesome," Thomas says. "Since we've released the album, people will walk up and speak to me and they want to talk to me and shake my hand or invite me to dinner. It's just awesome. That's about the best word I can use."

Thomas says he was born into music. His mother performed at church and would play guitar at home. In school, when he had the opportunity to choose an activity, he opted for music at every turn. The way Thomas sees it, music chose him.

"A lot of my songs, throughout my whole life, are based on people and a lot of these things in music express something that is familiar to all our lives," Thomas says. "For me, I try to touch people in a meaningful way—it's one of the keys to life, music. When you hear the words, it makes you think about some of the good times and some of the bad times. You can look back and be glad that the bad times are gone. Music is like that, it's magical. It's something that touches all of us."

The band's performance at the Volcanic Theatre Pub Saturday marks the third stop on the band's tour of the West, which ends in Boise, Idaho, Nov. 20. A touring schedule like that might sound like a lot for a performer nearing his 80s, but for Thomas, he loves the connections he makes.

"The communication with people, there's nothing like it," Thomas says. "Without the people, it's just not as much fun. We create amongst ourselves and then we share it with others and we get such good responses."

Thomas's story about taking another shot at a career in music can be inspirational for other musicians looking to make a mark in the industry. Beyond music, it encourages everyone to live out their dreams.

"Take that step and move right in and don't look back. It's there. And like I say, 'God has given gifts to all of us and few will reach out and grab it.' If it's music or building a building or whatever it is, just go for it with all that you have—you have nothing to lose when you're striving to be happy or making someone else happy."