Was the service always too good to be true? 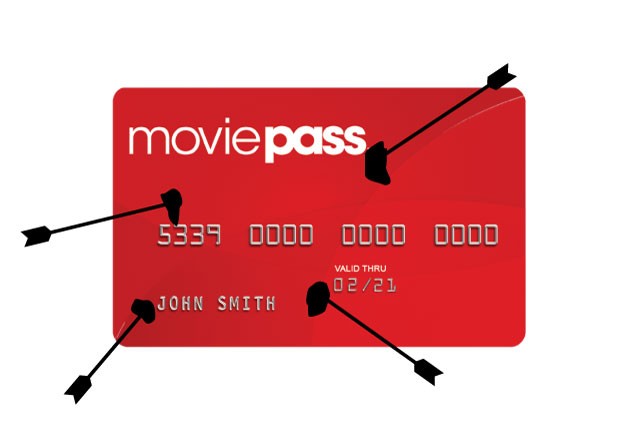 We all knew MoviePass was too good to be true, right? As someone who goes to see at least two theatrical movies a week, paying $10 a month to see one movie a day is my dream come true. I was a subscriber to MoviePass back in 2016 when it was $30 a month and I was still over the moon about the service. But now the questions I had about the company's sustainability are taking root and it looks like the overnight giant might be breathing its last breath.

Last year, MoviePass slashed that $30 a month price tag down to $10 and the subscriber base went from 20,000 to over 3 million over the period of just a few weeks. That means if you go to ONE movie in a month, you've already paid for your MoviePass and every movie after is just a beautiful cinematic bonus. Even with rules, like not being able to use it for 3D or IMAX movies and not being able to see the same movie more than once, the service still more than paid for itself.

With CEO Mitch Lowe in the driver's seat, it seemed like MoviePass might find a way to make a profit. Lowe was a Netflix executive from 1998 to 2003, and the president of Redbox from 2009 to 2011, so he knows how to take a new idea and spin it into cash. If anyone could find a way to make MoviePass work, it's Lowe, but strategies like bulk ticket price partnerships and charging studio fees to distributors eventually dried up and disappeared.

In April, MoviePass disclosed that it was losing around $20 million a month which leads us to last week when the company borrowed $5 million after not being able to pay its bills. Yes, MoviePass is hemorrhaging money which is why the service didn't even work for people going to see "Mission Impossible: Fallout" this past weekend. Even charging customers "peak pricing" fees of $5 to see new movies on opening weekend won't offset those losses.

Sure, MoviePass not working when we want it to is a pain in the ass, but instead of the fury being lobbed at the company, I think I'll just be grateful they exist at all. It's highly unlikely MoviePass will finish out the summer (let alone the year), but I have a strong feeling that most of the upset people have already more than received their money's worth.

I'll still be loyal to MoviePass if it goes back up to $30 or if it limits the movies we can see to two or three a week. It'll still save the ravenous filmgoer plenty of money and still get audiences into movies they might not see theatrically, giving the smallest movies an equal chance to shine against the blockbusters.

MoviePass' eyes might have been bigger than its stomach, but giving audiences almost unlimited access to overcharging theaters (themselves struggling from overcharging studios) is one of the least cynical things a company like MoviePass has ever done. That's probably why they're dying.