This last year actually saw a return to a little of the normalcy of movies heading back to the theater and people actually showing up for them. With "Spider-Man: No Way Home" making a billion dollars worldwide, it seems like people are ready to head back to the movies...at least for a Marvel blockbuster.

The movies and shows that hit me the hardest in 2021 were some of the smaller releases—things that probably didn't hit everyone the same way they did me, but that's what these kinds of lists are for: to share a little of our brains with the people we love to share them with. 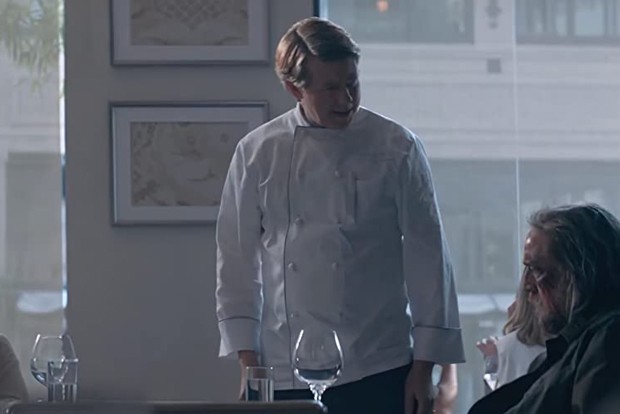 Here are a few of the special mentions first.

Gutsiest Sequel: "The Matrix: Resurrections" A legacy sequel about the fruitlessness of nostalgia sequels. A meta-brain buster.

Most Underrated: "Don't Look Up" Critics hated this because it was too "obvious," missing the obviousness that it was a primal scream of rage and frustration targeting anyone who would listen.

Most Overrated: "Cry Macho" Clint Eastwood once again giving the barest minimum of effort in performance as well as direction.

The movies and shows that hit me the hardest in 2021 were some of the smaller releases, things that probably didn’t hit everyone the same way they did me, but that’s what these kinds of lists are for: to share a little of our brains with the people we love to share them with. tweet this

Best Documentary: "Summer of Soul" This should have been shown with "Woodstock" for the last 40 years.

Best Comedy: "Barb and Star Go to Vista Del Mar" The strangest and most colorful comedy about middle-aged female friendship I've ever seen. This is cinematic comfort food.

Best Television Show: "Midnight Mass" An astoundingly profound look at faith, organized religion and guilt that was an absolute masterclass on writing, performance and storytelling.

Worst Idea for a Show: "And Just Like That..." The return of "Sex and the City" cheapens everything that came before. So poorly calibrated for a modern audience.

Best Adaptation of a Book for Television: "Station Eleven" A show about a pandemic that serves to inspire and create connection instead of basking in fear and division. This might have been show of the year if it had finished airing its first season already.

I'd also love to use this moment to thank everyone for reading my column this year. Your letters and emails have meant more to me than I'll ever be able to express. Thank you from the very top, bottom and all the damn chambers of my heart.

My list of the top movies of 2021 is in no way trying to say that I think these were the "best" movies of the year. What does best even mean when what we love is so subjective depending on our mood and the day? Instead, these are my favorite movies of the year. The ones that I can't seem to forget, not that I'm remotely trying to let any of these beautiful works of art leave my brain. Here we go.

15: "Spider-Man: No Way Home" While not perfect, this superhero movie rekindled my love of comic book movies and made 12-year-old Jared happier than he's been in a long time.

14: "Riders of Justice" What could have been a paint-by-numbers revenge movie was instead a touching action comedy about broken people finding each other and making a family.

13: "French Exit" Quirky and deeply mannered, this comedy of repression gave Michelle Pfeiffer her best role in years and managed to be sneakily affecting without a moment of manipulation.

12: "Language Lessons" A pandemic-shot dramedy that might be the best movie ever made about platonic love. This movie is a salve for people feeling isolated during the dark days of COVID.

11: "The Power of the Dog" All the talk is about director Jane Campion and her magnificent lead performance from Benedict Cumberbatch, but it's Kirsten Dunst that really astounds here. Cormac McCarthy would have been proud to write this.

9: "In and Of Itself" A performance of Derek DelGaudio's one-man show that balances between magic, autobiography and storytelling that destroys the line between performer and spectator and creates an entirely new way of delivering empathy.

8: "C'mon C'mon" Mike Mills tells simple stories about the most complex human emotions and this somehow manages to never become trite or too cute. The black and white photography of L.A., Manhattan and New Orleans will change how you view the cities. 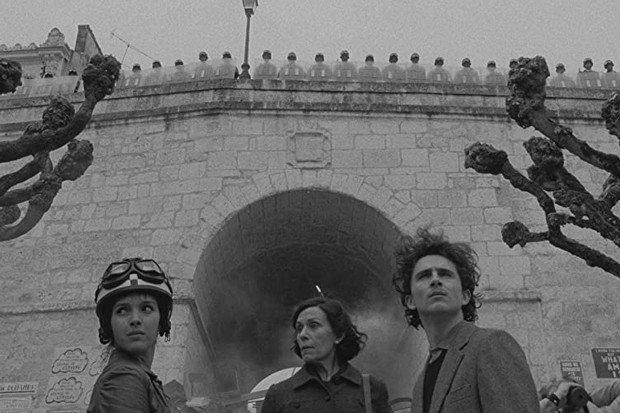 7: "The Green Knight" An esoteric and not remotely crowd-pleasing take on an Arthurian legend that became the single most dreamed-about group of images I had all year. There are moments in this film that should shape how movies are made forever.

6: "Bo Burnham: Inside" Sure, on the surface this is "rich white guy struggles with the pandemic in a more comfortable situation than most of us," but as a piece of performance art, this is fearless, revealing and deeply humane. To share this level of anxiety and ugliness with strangers is the point of art.

5: "Nine Days" There's nothing subtle about this movie. It's about what it takes to be a decent human being and how we go about sharing love and connection with other human beings. It's beautiful, funny, deeply sad and has the most profoundly beautiful final shot of any film this year.

4: "The French Dispatch" Wes Anderson is not for everyone and that's fine. I will love him enough for all of you. A love letter to words and newspapers and being a writer that has a voice...even one that no one wants to hear. Watch this twice.

3: "Titane" I'm obsessed with this French serial killer/sci-fi/horror/drama about a woman who disappears into a lie, only to find that there's no escaping from the demons we hide. Beautiful, kind and dripping with style, director Julia Ducournau deserves to win all the awards and lead actress Agathe Rousselle gives, without comparison, the performance of the year.

2: "Dune" What I find absolutely remarkable about Denis Villeneuve's "Dune" is that he managed to make something human and intimate, while painting on a canvas so vast that every frame of the film transports the viewer to another time and place, fully and without looking back. This is truly visionary work and creates an entirely new cinematic language for how to communicate scale and scope.

1: "Pig" Yeah, there's no world in which I thought the movie about Nicolas Cage running around Portland searching for his stolen truffle pig would be my favorite of the year, but this is a perfect film from top to bottom. The script is haunting, the performances are perfectly calibrated and the thematic depth is absolutely bottomless. It's a simple story about loss that is so dastardly in its complications that filmmaker Michael Sarnoski creates a genuinely heartbreaking work of staggering genius. I watch this movie over and over like it's a recording of an old family film.