A local beekeeper weighs in on the recent "murder hornet" buzz

As if a global pandemic wasn’t horror feature-like enough, we now have to worry about giant, venomous “Murder Hornets” decapitating our honey bees and viciously killing our brethren. Or do we? As it turns out, while the Asian giant hornet was spotted in Washington state late last year, only one was officially discovered - and it was already dead. Of course, as soon as the news of a giant murderous hornet that had recently made an appearance in the United States made headlines, buzz surrounding the deadly insect spread through social media outlets like wildfire.


It truly does sound like something straight out of a cringy 70s horror movie - the world’s largest hornet at two inches long, the Asian giant hornet uses a venom-filled stinger to burrow into the flesh of its victims, often killing them. What makes the sighting even more significant is the fact that these insects are known to kill entire hives of honeybees by decapitating them - literally ripping their heads clean off - and feeding them to their young. Contrary to the frightening images their dubbed name instills, Asian giant hornets do not actively seek out mayhem.

They are responsible for around 50 worldwide deaths on an annual basis, according to National Geographic. In 2013, CNN reported that this variety of hornet killed 42 Chinese citizens and injured over 1,500. For reference, the US Centers for Disease Control and Prevention report that an average of 62 US citizens are killed by bees and other wasps every year. Yes, their venom can induce lethal allergic reactions and organ failure. Yes, the hornets sometimes enter a state known as the "slaughter phase" when agitated, during which 20 to 30 hornets can kill anywhere between 5,000 and 25,000 honeybees within hours.

But no… the "murder hornets" are not coming for us.

The US Department of Agriculture's Animal and Plant Health Inspection Service confirmed one sighting in September, and was looking into another possible sighting that occurred three months later. Despite the fact that news of the first sighting is still making headlines, entomologists widely agree that there is no immediate cause for concern.

In a recent interview with Business Insider, Doug Yanega, a senior scientist at the Entomology Research Museum at the University of California at Riverside, weighed in on the true severity of the issue at hand. "They decided that it was important to let the public know and make sure that none of them show up this year, because if we go a year without them showing up, then we know we're pretty much in the clear," Yanega reported during the interview. "It really only pertains to the immediate vicinity of Vancouver Island and the adjacent parts of Washington, which are places like Blaine — maybe in a worst-case scenario as far as South Bellingham, which is still the extreme northwest corner of the US.”


While Central Oregon is currently in the clear, local beekeepers are staying vigilant. We interviewed Bend beekeeper Jimmy Wilkie in February, who discussed the importance of maintaining the already rapidly dwindling honeybee population in the US. As a Central Oregon Beekeeping Association member and the owner of Broadus Bees, Wilkie has been been aware of the threats posed by murder hornets for nearly five years. The newest sightings do raise concerns, though he urged the general public not to buy into media sensationalism surrounding the matter - unless you happen to be a beekeeper, or unless sightings become more prevalent on the west coast. 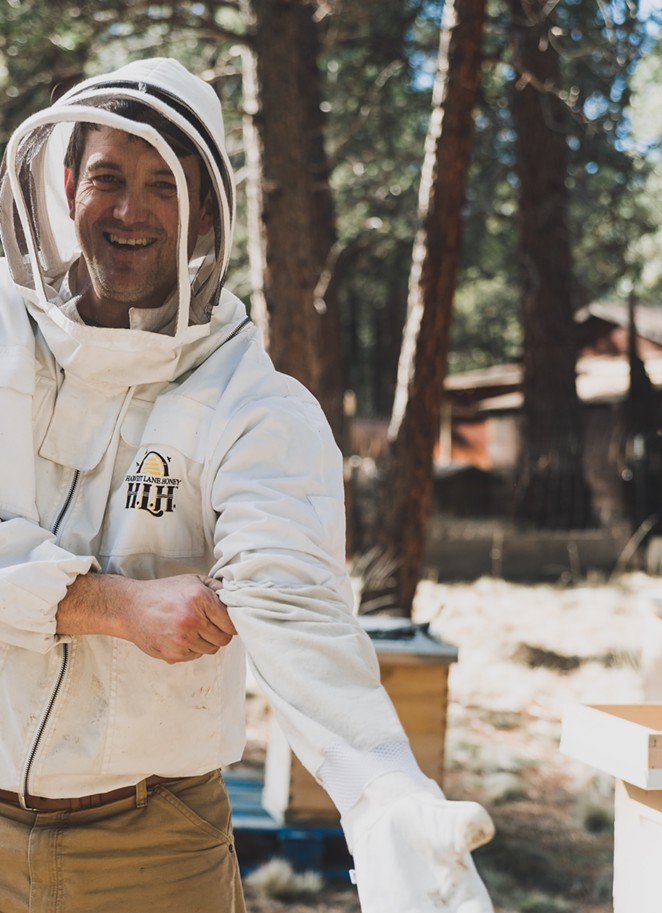 “Seeing as the only two confirmed identifications in the US have been in Washington state, we here in Oregon are on the frontlines,” Wilkie explained. “Correct trapping and identification of this hornet needs to be the top priority if there are any potential sightings. There really isn’t a direct threat to our community at this point in time, and there’s certainly no cause to panic. However, Asian giant hornets are being discussed more and more often in beekeeper’s clubs, especially in the Pacific Northwest. I know these hornets have been on Washington State University’s radar and Florida scientists’ radars for between four and five years already. The truth is, they were predicted to arrive in the US long before now.”


Wilkie explained the steps that local beekeepers can take in order to protect their hives, and in turn, protect our vital honeybee population. “The traps for the typical hornets and wasps that we have now are too small for the Asian hornet. Beekeepers and scientists are currently working alongside the Japanese to adapt their methods of eradicating the wasp. After the two sightings in Washington, new techniques began being implemented.” Wilkie suggested that while there is no need to panic, it’s important that we work together to keep the giant hornet as far away from the US as possible.

“Be on the lookout,” he said. “These hornets are super nasty, and the more you educate yourself and correctly identify wasps and hornets the better. It’s important to understand the distinction, otherwise a concerned citizen might end up killing a queen bee, mistaking it for a hornet, which could be devastating to the hive. If you do spot what you think might be an Asian giant hornet, contact the authorities immediately.”

The US Department of Agriculture offers detailed instructions on surveying, eradicating and controlling Asian giant hornets. These instructions include options for beekeepers, and explains ways in which beekeepers in Asia protect their honeybees from hornet attacks. If you do spot an unusually large hornet contact the regional division of the United States Department of Agriculture Forest Service here, or alert naturalist Jim Anderson of the Source at

“We need our honeybees, which is why it’s important that we know how to properly identify potential threats to the bee population,” added Wilkie. “But for now, we all have enough on our plates. I’d say it’s safe to take 'murder hornets' off of the list of things to worry about.”