The debate over dredging Mirror Pond is it at another crossroads: Some members of the Bend Park and Recreation District board say it’s time to open up the doors for another public process to decide the fate of the pond. Others argue that many major decisions—including public funding for dredging the pond—were made in the past. No further discussion needed. Bust out the excavator. 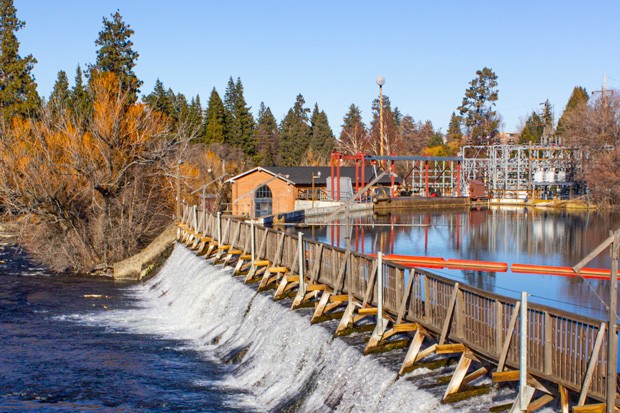 Now, the district is trying to move forward with a new memorandum of understanding with the City of Bend to establish an “update” committee that would revise the community’s vision for Mirror Pond to include a fish ladder at the Newport Dam. The establishment of this committee is one requirement among a long list of caveats BPRD and the City of Bend agreed to before paying up for dredging.

Many connected (but separate) projects fit under the header of the “Mirror Pond preservation project” including dredging, the fish ladder and a plan for a new trail connector from Portland Avenue to Drake Park.


While some of these projects are solidly in BPRD’s wheelhouse (trail building, riverbank restoration), other projects—like dredging and the fish ladder—require buy-in and funds from other public and private entities. The City of Bend committed $3 million as long as the “update committee” makes plans for the fish ladder.


But dredging the pond remains controversial in the Bend community and within the BPRD board. Anti-dredgers are skeptical of spending millions in public funds on dredging a pond that historically fills with sediment soon after it’s dredged.


There is no public record of MPS demanding $300,000 for the easement for the new Pioneer Park to Drake Park connector, which will touch the pond in some places. Nor is there public record of MPS suggesting BPRD pay that amount for an easement so that tubers and boaters can continue to enjoy the pond.


However, meeting minutes from August 18 read:


"Executive Director Horton suggested that instead of making the $300,000 contribution for the dredge, the district could use the money to purchase the easement over the pond. He spoke about the difficulties in appraising the value of the easement and if the same formula is used in the appraisals for the other easements, the cost would exceed the $300,000 that has been allocated.”

Yet, most easements for the trail were donated, and BPRD spent $90,000 in total on the others.

In the past, BPRD has committed to allocating $300,000 toward dredging, and MPS has suggested that if it pays up now for the easement, BPRD could be off the hook for its payment towards dredging in the future.

In effect, if BPRD commits $300,000 for an easement with MPS, it would be forced to commit to the dredging project. Previous agreements required BPRD and the City of Bend to support at least some formal public process to re-evaluate the community’s vision for the fish ladder and the pond before signing on the dotted line for dredging.

Without a Mirror Pond easement from MPS, BPRD can’t finish its new trail project. It needs to finish it in the next two years to comply with grant funding.

BPRD board member Ariel Méndez said that he wants the board to reach an agreement with MPS over the easement before rushing into another binding contract with the City of Bend on the fish ladder, which is a separate, but related topic. It would be one way to keep everything cleaner and clearer about Mirror Pond moving forward, he said.

“There could be a side agreement with MPS,” said Don Horton, the executive director of BPRD. “But it would have to include two things: A guarantee that the dredge takes place, and that we manage the project.”

Méndez said that grouping many different projects together under the heading of the “Mirror Pond preservation project” is a tactic to make sure the dredging is accomplished with public funds.

“The idea of a unitary ‘Mirror Pond preservation project’ is actually several distinct projects, the goals of which are contradictory and potentially incompatible, and this [new proposed agreement with the City] casts a layer of incoherence on the entire project,” said Méndez said at the board’s Sept. 15 meeting. Board members discussed the meaning and intention of multiple past MOUs and Resolutions for more than an hour on Sept. 15. When it finally voted to move forward with the new MOU with the City, the motion failed two to three, with Schoenborn and Deb Schoen in favor, and Jason Kropf, Nathan Hovekamp and Méndez dissenting. It was the first time a motion before the board had failed in years.

"The idea of a unitary ‘Mirror Pond preservation project’ is actually several distinct projects, the goals of which are contradictory and potentially incompatible, and this [new proposed agreement with the City] casts a layer of incoherence on the entire project."—Ariel Méndez tweet this

The main question Should BPRD, the City of Bend and other groups support a public process and invite the community to weigh in on the pond before committing to dredging, which will cost a collective $7 million from public and private entities?

The last community agreement was reached in 2015. At the time, a slight majority of people surveyed endorsed a compromise between a pond and a free-flowing river. But that option is off the table. PacifiCorp stated it has no plans to divest of the dam in the future—a different scenario than the one broached in the 2015 survey, when the sale of the dam was still a possibility.

In the years that followed PacifiCorp’s announcement, Mirror Pond Solutions and other dredge advocates swayed a majority of Bend city councilors to not only support the dredge, but to commit $3 million dollars toward the MPPP. BPRD also committed to contribute $300,000. The entities crafted a resolution together with a long list of caveats and exceptions that BPRD staff and board members now must interpret and adhere to in order move forward on the fish ladder and dredging.

BPRD board member Jason Kropf interpreted BPRD’s original agreements to mean that a new MOU with the City is the opportune time to invite the public to weigh in on the entire vision for the MPPP.

“Given the history and since it’s been a number of years since there’s been a full process to evaluate what the public wants us to do with public dollars, I think it’s a missed opportunity if we don’t make this MOU broad enough… Let’s either have a narrow fish passage committee or a broad [public] process. This [MOU] takes a middle ground and cobbles together a number of strange pieces of [the original agreements].”

BPRD board member Ted Schoenborn disagreed: “It seems like we’re consciously and deliberately trying to obfuscate the decisions that were made and use the fish passage as a way of going back and revisiting 10-12 years of work on the thing,” said Schoenborn. “I get incredibly frustrated on these things.”

During that last meeting, Schoenborn made a motion to move forward with the current draft of the MOU. When it failed, he suggested adjourning the meeting with an exasperated sigh.

In the end, Horton made it clear that pausing the whole process to reach an agreement with MPS could delay the whole MPPP for many months or even years, and put the new Pioneer Park/Drake Park trail connector in jeopardy.

Horton said the MOU was necessary to move forward with broader discussions and commitments with the City and MPS about the entire preservation project, including dredging. He said he hoped to reach an agreement with the City on the next steps as soon as possible.

On that time line, the City could commit to dredging before the community has weighed in on the pond’s future.