For one Central Oregonian, she was more than "one tough mother." She was her actual mother, too.

Kathy Deggendorfer has made quite a name for herself in the town of Sisters, Oregon. She's a prolific artist, founder of the Roundhouse Foundation—which supports creatives and fellow artists—and a major benefactor to the Sisters Folk Fest. She's a wife, a mother and a grandmother—and also the daughter of perhaps Oregon's most famous mother, Gert Boyle, who died Nov. 3 at age 95. 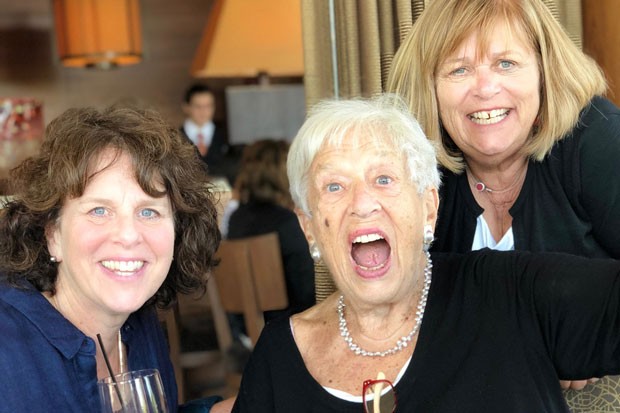 Boyle, known in ad campaigns as "Ma Boyle" and "One Tough Mother," served as chair of Columbia Sportwear from 1970 until her death. This week, Oregonians will gather at Portland's Veterans Memorial Coliseum for Boyle's memorial.

If anything signifies the size of Boyle's influence on Oregon's culture, it's perhaps that her family had to secure one of the state's largest indoor venues to hold her memorial. A venue near the old Columbia Sportswear headquarters in north Portland wouldn't offer enough parking or space, Deggendorfer said, so they selected the Coliseum, which seats 12,888. The family expects at least 5,000 to attend the memorial Thursday, which takes place from 10 am to noon.

"That's what's kind of weird—it's that she's your mom, and you think of the impact that she has on you and your family directly—which was huge—but for so many people, she really was an icon," Deggendorfer said. "The fact that she stood up for herself as a woman in the '70s and brought that company back... she kept a lot of jobs for people."

To know Boyle's story is to be indoctrinated into Oregon lore. Boyle and her family fled Nazi Germany and eventually landed in Portland, where her father founded the company that would become Columbia. Boyle's husband, Neal, eventually took over the company. During those days, Deggendorfer recalls how Boyle, then a stay-at-home mom, was a de facto designer for the company, including designing a fishing vest called the Steelheader in the family's family room—the first vest of its kind, Deggendorfer said.

"She was a person who even early on would always try to learn and do different things, with her reluctant children in tow. I remember she took a hat-making class at the YWCA... she had to leave because I was throwing a fit. So even though she was a strong person, she still was a mom first." 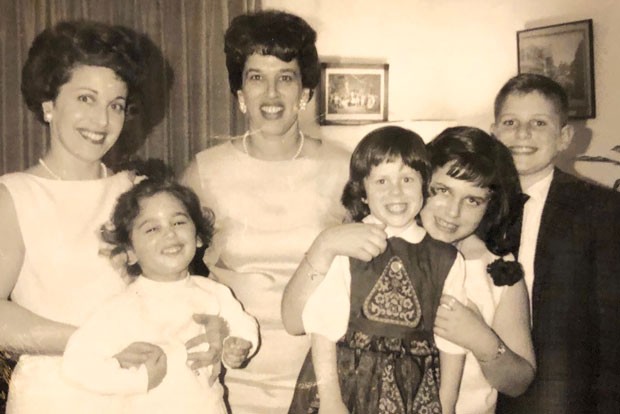 When Deggendorfer was in college, her father died, putting the company in Boyle's lap. Pressed to sell, she pressed on. Along with son Tim Boyle, who took over as president in 1988, Columbia's ad campaigns displayed Gert putting Tim through various humorous "tests" of the company's products—the genesis of the "One Tough Mother" persona that lasted decades.

For Deggendorfer, that reputation had its complications. In 2013, Boyle was the victim of a home invasion and kidnapping attempt, which resulted in Boyle surreptitiously calling the cops on her assailants.

"After the kidnap attempt, she had to move to a secure building. She still worked every day, but she wasn't allowed to drive anymore because those guys that were the kidnappers had followed her for six months," Deggendorfer told the Source. "That had a major effect on her. It was really downplayed in the media how badly she was injured—and they purposely kept a lid on it because they were so worried about that, 'one tough mother' she can foil you... we were worried about other people attempting that same thing."

Still, Deggendorfer can still smile about the antics of that tough mother. "The fact that she couldn't drive anymore... probably the populace of Portland was happy, because she had a lead foot," she chuckled.