A trip to the Inland Northwest to sip some new brews

You don't have to travel far to have a great beercation. Spokane is about a six-and-a-half hour drive from Bend, or a short plane ride out of Redmond, and it's worth it. According to visitspokane.com, the Inland Northwest Ale Trail includes over 40 breweries, including some in Idaho. We took a visit to Spokane a couple weeks ago and spent Saturday morning downtown, then jumped on an electric scooter and scooted to No-Li Brewhouse. 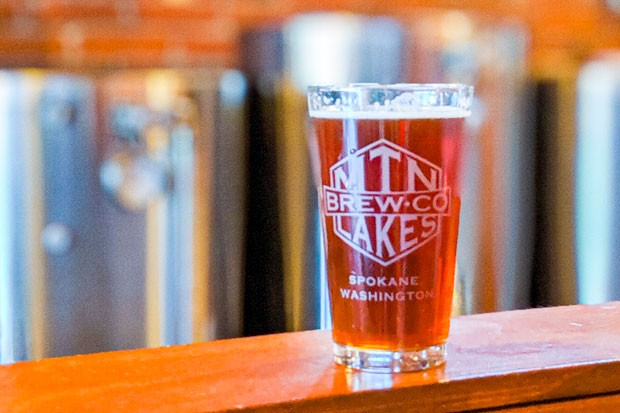 Up next was Perry Street Brewing. We got lost along the way, then my husband's scooter was losing battery life, so we ditched the scooters and hailed a rideshare (those scooters were fun but scary. I def needed a helmet). Perry Street Brewing has a very cool atmosphere with an industrial feel, and the beer list is unique. I had the Mandarin Brett Sour: tangy and fruity and finishing so clean. Really great.

Then it was on to Black Label Brewing Company, where I had a Pomegranate Strawberry Sour, lightly soured and providing a subtle tang, with more strawberry than pomegranate. The place is in a neat co-op/shared area—much like I imagine Bend's former Summit Saloon space will be when it's transformed into an indoor "food court" in the coming months (my imagination runs wild). Black Label included an art gallery, a pizza place, a bookstore and a stage for live music. On the tap list, "Aussie SIPA" at 11.4%. I asked the beer slinger about it, and he told me that it was a "Super IPA." It was meant to be a pilsner, but as they were brewing, it became very strong. The pilsner malt in this beer was quite good, and the pilsner malt kept it light. I had many more stops, so one taste of that was it for me!

Mountain Lakes Brewing Co. was our next stop, a short walk away. It also had unique beers like the Nutty Spaceman, my favorite beer on this trip. The beer includes both almond and coffee—two flavors that play so well together on the palate! I was in HEAVEN. They have the coolest small brewing system here. Amazing, and a must stop.

Last, but not least, was The Grain Shed, where we shared a taster tray. This place is cool because it's also a bakery, utilizing the spent grain from the brewery. In addition to the taster, we tried a cookie and some apple bread. Yummy! The whole place smells like fresh baked bread, and everything they bake is done in a wood fired oven. The beer is all grain-forward, using locally sourced grain.

These were only a portion of our brewery stops, but there's only so much room in this article! For those looking to have a beercation close to home, I recommend Spokane. Great food, good music venues and affordable prices.