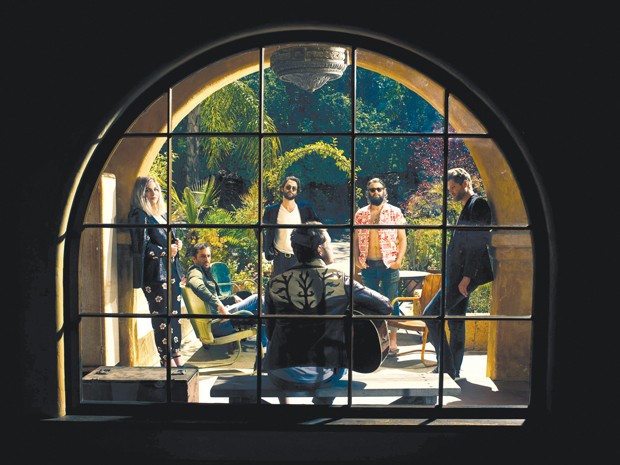 A couple months ago, a friend of mine who works at the Amphitheater teased me by saying entertainment agency, Monqui, had booked one last show for the year, and it was a band I loved. That's all she'd give up. When they finally announced The Head and The Heart would close out the concert season, with Blind Pilot as an opener, I couldn't contain my excitement.

It struck a personal chord with me at that time, which I think is what we love about their music. Think about the popularity of "Lost in My Mind," the band's biggest hit. The first time I saw The Head and The Heart, they opened for The Shins at Les Schwab Amphitheater. They now return as headliners. Drummer Tyler Williams sees this return as a cool, natural evolution for the band.

"It's exciting for us to be able to come back and kind of walk in The Shins' footsteps a little bit," Williams says. "I think that's kind of been the path that we've always wanted to chart as a band — natural growth and evolution..."

While the band has expanded its reach far beyond its Seattle beginnings, it still remains steeped in the lifestyle and mentality of the Pacific Northwest.

"We're all kind of songwriters in our own right, and that's what makes the band special, is that we all edit each other to make the songs great." —Tyler Williams tweet this

I asked Williams what song he loved performing most. He said it changes from night to night, but he definitely has a few favorites.

"As a drummer, I try to find a balance between a subtle plane and something more upbeat," Williams says. "With 'Down in the Valley,' I find a good balance of what I do and to see the crowd erupt for that one is awesome. Every night there's a different one. That's the joy about playing music in different places every night." Fans will be pleased to know the band is currently working on its fourth album.

"We're all kind of songwriters in our own right, and that's what makes the band special, is that we all edit each other to make the songs great," Williams says. "I think we all start in our brains before any music is played in the real world. We have this weird ability to quickly move through ideas in music, and I think that's what makes this band so special is we can almost telepathically do it. No notes have even been played and we've already worked it out in our heads."