April 21, 2020
comment
The City of Bend is closing off NW 15th Street and NE Sixth Street to through traffic as of Tuesday, with a goal of providing neighborhood streets close to home where locals get some fresh air and still maintain social distancing. 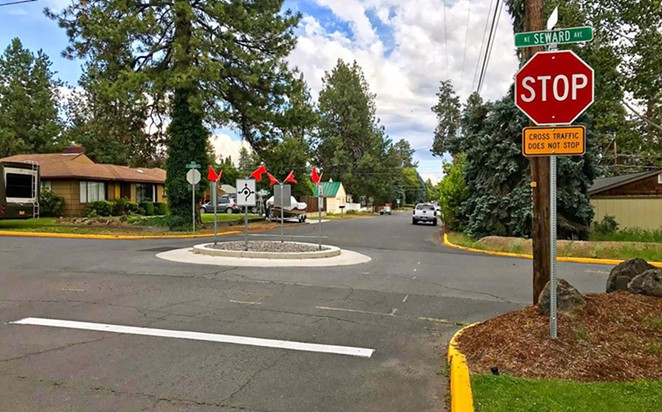 In the coming days and weeks, the City plans to expand the program to include the routes that were already slated to become neighborhood greenways: SE Roosevelt Avenue, SE Centennial Street/Paiute Way and
NW Hartford Avenue, according to a City press release. The full roll-out of the neighborhood greenway project will include traffic circles, speed bumps and road painting—but for now, the City will just use a few signs and cones to discourage traffic.

Despite the “Stay Home, Save Lives” order from Gov. Kate Brown, local trails have been packed with those seeking respite in the midst of a global pandemic. While some countries around the globe (Italy, China) have barred people from leaving their homes at all (except for essential errands), local leaders in Bend want to balance coronavirus protections with opportunities to maintain mental health in the outdoors.

“We thought this would help ease the pressure on parks and trails, and that opportunities to get outside are especially important in light of the unintended negative consequences of isolation such as attempted suicide, suicide, overdoses, domestic violence, unwanted pregnancies,” said Ariel Méndez, a Bend Park and Recreation District board member. 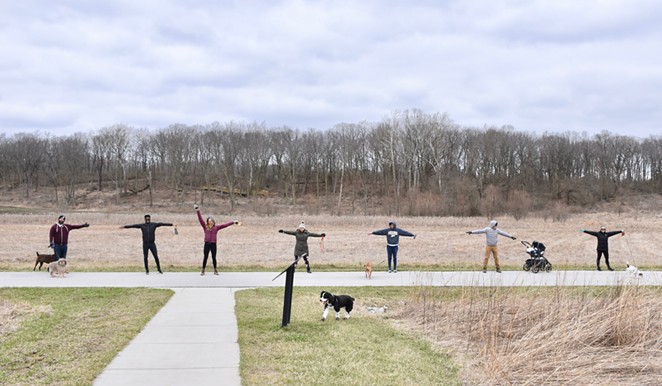 While it's still illegal to park in developed sites on state and federal lands in and around Bend, the Bend Park and Recreation District has no intention of denying access to its trail systems and parks for now, according to Don Horton, the executive director of BPRD.

“People are cooped up at home and need to get out,” Horton said, who also mentioned concern about the mental health effects of isolation. “People aren’t traveling because that is what is being asked and [they are] looking locally to try to recreate… There may be a larger burden on the local trail system than we normally see.”

“[People on parks and trails] still have to maintain a 6-foot distance, and not congregate in groups,” he said. “But I’ve been out there and I have found that people have been really respectful of others and step off the trail for people to pass.”

David Abbas, the transportation and mobility director for the City of Bend, said his department has limited resources to barricade streets, as that equipment is being used in current construction projects and closures due to the pandemic.

“We’ll put putting up a few temporary signs, cones and barricades indicating that the street is closed to through traffic, to create more of a pleasing area for biking, walking and jogging,” Abbas said. “Some of these routes connect to other opportunities like parks and trails.”

“The City is seeking voluntary compliance from drivers to help create safe and comfortable routes for families to use,” said Anne Aurand, communications director for the City of Bend in an email. “Local traffic will be allowed on the routes and adjacent homeowners can still park on streets by their homes.” 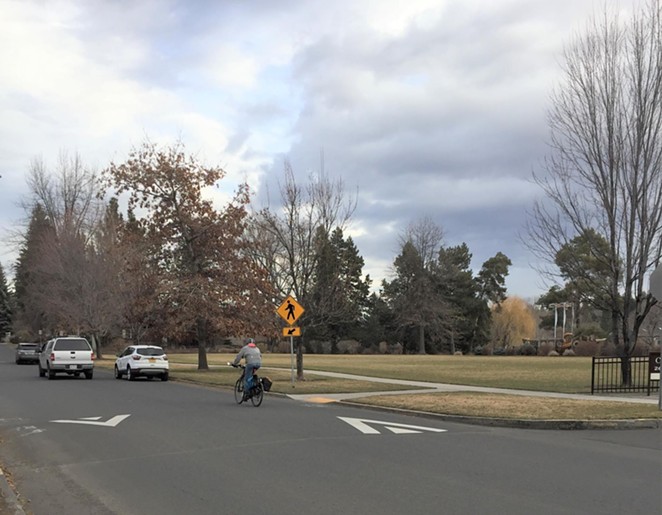 
Meanwhile, BPRD opened registration for summer programs Monday. The district is accepting registrations without payment until it can confirm the programs can run, but wanted to give people a chance to reserve a spot, Horton said. The district is awaiting orders from Gov. Brown regarding group size and social distancing.

“We have to wait and see,” Horton said. “We can’t do programs inside our facilities and maintain social distancing.”