At Bend's New High School, Construction is Just Part of the Fun 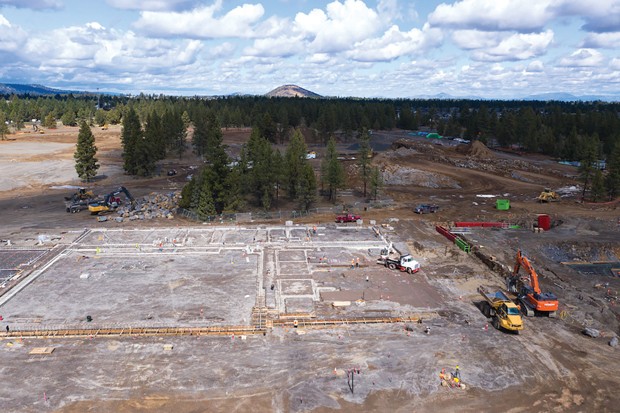 Officials broke ground at the site of the new high school in Bend on Sept. 19, in front of a happy crowd. Although the project officially began last spring, construction continues on the corner of Knott Road and SE 15th Street. There are a lot of other things happening behind the scenes as well. Said Chris Boyd, who was named principal of the new school, "I am currently working with regional partners to create college and career pathways that connect learning outcomes across content areas." Community members may take part in an online survey to suggest potential names for the new high school. Go to www.surveymonkey.com/r/DT3VKDQ. The survey concludes November 15. Name suggestions will be reviewed by a naming committee, which includes Principal Chris Boyd, staff members, community members and parents. The naming committee will then provide a short list of recommendations to the Bend-La Pine Schools Board of Directors who will ultimately select the name. 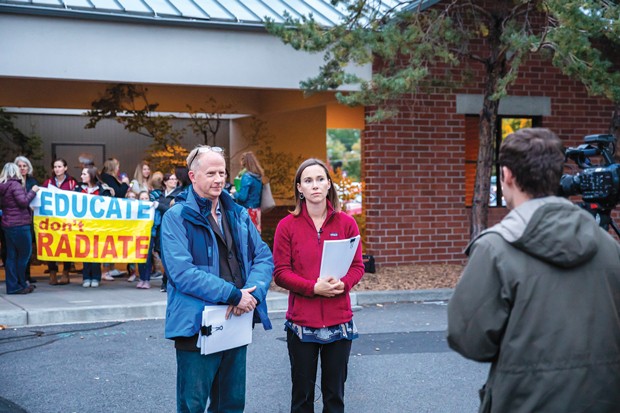 Parents and community members are working to stop an 84-foot cell phone tower under construction near Elk Meadow Elementary School. The Verizon tower, approved in September 2017, is on a 1.6-acre section of private land and will provide 4G cell service by the end of 2019, according to Jeannine Braggs, Verizon spokesperson. Parents are concerned about the tower's proximity to the school and say that they were not notified of the permitting application.

In early October, dozens of concerned community members, organized under the name Stop Cell Towers at Schools, gave public comments at the Bend City Council meeting, sharing concerns over the potential dangers linked to radiofrequency radiation. Worries about radiation have been around since the beginning of cellphone usage, though little research has been conclusive.

"Best-case scenario is that the research is inconclusive," said Elizabeth Hanley Szabo, a parent to two Elk Meadow students. "And the worst-case scenario is research pointing to multiple forms of brain cancer, neurological issues, dizziness, tremors, depression and so on."

Though Bend Mayor Sally Russell made it clear that the issue was out of the Council's hands, the Elk Meadow parents feel that Russell and City Manager Eric King could sway Verizon. "They are lawmakers," says Paul Bacon, another Elk Meadow parent, "and they have the ability to change laws that are outdated or not working in society's best interest."

Cell towers are regulated by the Federal Communications Commission. City of Bend code lays out the general framework for the locations of these towers and encourages new towers to be placed in industrial or commercial areas, though federal law prohibits the City from completely banning them in residential zones.

Taking Aim at a Shortage of Child Care

According to a representative from NeighborImpact Child Care Resources, Bend has about 2,000 available child care slots, but 5,600 kids need care. The Bend Chamber, along with other stakeholders, formed a Child Care Task Force in 2018—which the Chamber credits in getting System Development Charges lowered for new and expanding child care facilities. Bend City Councilor Bruce Abernethy, who attended the Bend meeting Sept. 26, also described a City Council work session Sept. 18, which centered around lowering the barriers for child care centers to open—such as removing the need for a conditional use permit for child care centers. Abernethy said councilors were receptive to the recommendations put before them and gave clear guidance to city staff to "flesh out what this looks like," going forward, he said. Making progress: construction continues at Bend's new high school. Photo courtesy of Bend-La Pine Schools

Paul Bacon and Elizabeth Hanley Szabo stand outside the Bend City Council chambers with a group of Elk Meadow Elementary parents who are protesting a planned Verizon cell phone tower near the school.