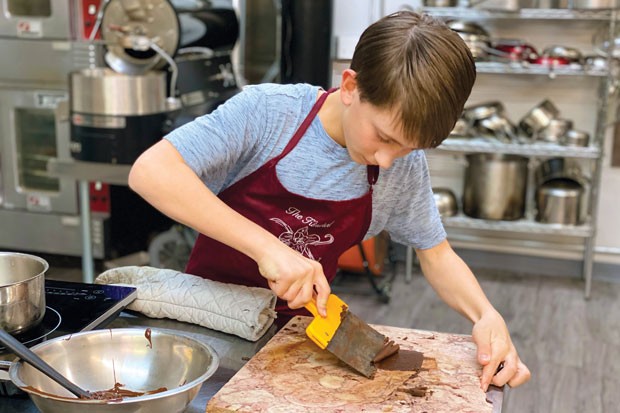 Seeing that he loved to bake, one year, Reggie Strom's parents gifted him a French macaron class at Bend's Kindred Creative Kitchen for his birthday. One class turned into several. His instructor, Chef and Owner Michele Morris said, "I noticed first of all that he was really organized, which is rare, and he had that pastry spark in his eye."

One day, the Food Network contacted Morris, asking whether she had any students interested in trying out for the "Kids Baking Championship" show. Strom, a 12-year old student at Pacific Crest Middle School, came to mind. Soon, Strom found himself traveling to compete on the show, which began airing Jan. 6.

Strom couldn't give any details about what happened to him on the 10-week show, but he did share his favorite memory: "Seeing the set for the first time was quite amazing. It was really cool to see the entire kitchen."

Does he make it all the way? Bendites may have to wait 'til March to find out.