Here's your chance to see it happen in Redmond, Ore.

April 05, 2018
1 comment
In Redmond, a group of young cyclists was getting tired of being asked to leave alleys, parking lots and other locations where they'd gather to practice their skills.

To ensure they'd have somewhere to ride and practice things like momentum, balance and speed, they decided to organize to build what's thought to be the very first asphalt pump track in the state, according to the City of Redmond. 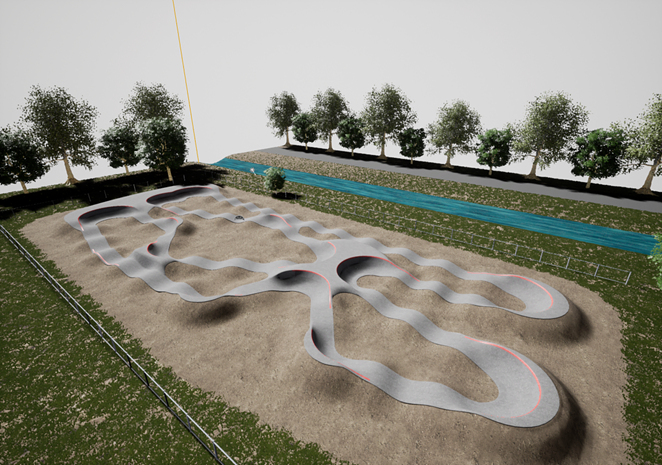 On Thursday, the City of Redmond announced a fundraising campaign, in partnership with the Redmond Parks Foundation and those local riders, to construct that track at Homestead Park. The group has a fundraising goal of $50,000.

To donate to the fund, visit redmondbikepumptrack.com or contact Redmond's
Park Division Manager, Annie McVay at annie.mcvay@ci.redmond.or.us or 541-504-2003.

“In additional to monetary donations, we are also looking for local businesses who can help defray project costs by donating goods and services such as fill materials, asphalt mix, and assistance with site excavation and prep,” McVay said.