I don't like to say that I'm obsessed with "The Conjuring" Universe but...yeah, I've watched most of the movies in the series at least two or three times each and sometimes write fan fiction that's set in the world. I'm even aware that some of the movies in the series are terrible, but that didn't really stop me from watching them entirely more times than they deserved. Point is: knowing that a third "Conjuring" movie was going to be released in theaters and on HBOMax simultaneously last Friday had me more excited than I've been for a movie all year. 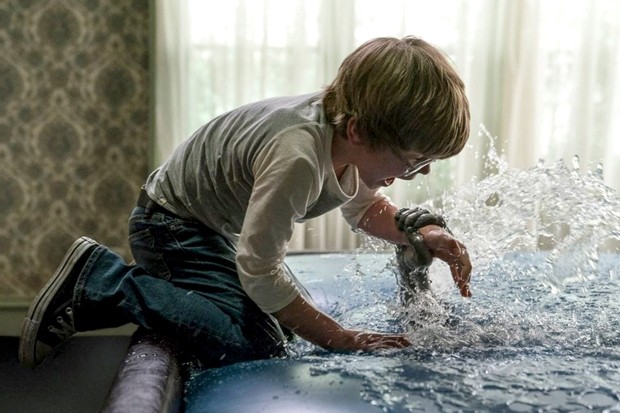 It's not usually a good sign when the first movie in your shared cinematic universe is still the best one, but even the worst of the films still has at least one or two excellent spooky moments—and since there are so few great big-budget horror movies getting released, I tend to take what I can get.

The center of the entire franchise are Ed and Lorraine Warren, two real-life "demonologists" and paranormal investigators. There's quite a bit of evidence that they might have been a little insane at best and hucksters at worst, but with Vera Farmiga and Patrick Wilson playing them in the series, the Warrens are easy to root for and extremely compelling protagonists. Throughout the franchise they face down the Amityville House, multiple possessions, so very many haunted old farmhouses, the most evil doll ever, and in "The Devil Made Me Do It," a young man who committed murder while under the control of a demon.

One thing I respect so much about "The Conjuring" series is that each film genuinely feels different from the other ones. "The Nun" is full-blown gothic Hammer Horror, "La Llorona" probes Mexican folklore and "Annabelle: Creation" feels like something Guillermo del Toro would have been proud to make with its plucky orphans taking on a demonic doll. I can see why audiences and critics might be disappointed in this newest "Conjuring" tale, because it's almost a courtroom drama combined with a character study and forgoes a lot of the typical jump scares that come out of the modern Hollywood horror machine. It's definitely not as scary as some of the other movies, but it's still a great story and has some of the most ingenious cinematography and direction I've seen in a horror flick in quite some time.

"The Conjuring: The Devil Made Me Do It" feels like an actual film. The stakes are high, the characters are well-developed and the quiet, slow burn of horror is perfectly paced, but it's not flashy like the "It" movies or massively disturbing like "3 From Hell." This feels like old-school horror at its best, filled with quiet moments, long takes of dark rooms and characters you don't want to see get swallowed by a demon. Oh, "Conjuring," I just can't quit you.

"The Conjuring: The Devil Made Me Do It"
Dir. Michael Chaves
Grade: B+
Now Streaming on HBOMax and playing in theaters