July 06, 2018
2 comments
Editor's note: This story has been updated to include new statements Sunday from Moey Newbold, Paul Dewey and a spokesperson for FuturePAC. It was updated Saturday to include a response from Boddie.

House District 54 candidate, Dr. Nathan Boddie is coming under fire again—this time from a local woman who says Boddie groped her at a bar in 2012, according to a report published Friday by Oregon Public Broadcasting.

(Updated 7/8, 9:15am) Since that report came out, Boddie has denied knowledge of the alleged incident—though a statement from the woman's employer may indicate otherwise.

(Updated 7/8 10:20am) A statement from FuturePAC Sunday morning also contradicts another claim Boddie made in his response. 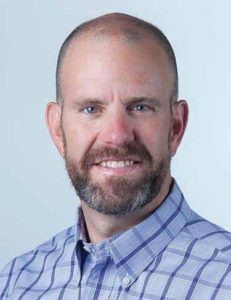 In the OPB report, Moey Newbold, a local community activist who works for Central Oregon LandWatch, told OPB, “He slipped his hand down my pants, under my underwear, and I froze,” she said. “He was touching my butt cheek.”

Last month, FuturePAC, which represents the Democrats in the Oregon House, pulled its support of Boddie, accusing the candidate of using a "homophobic slur and promoting the illegal consumption of alcohol." Boddie—who's also a current Bend city councilor—denied those accusations, and said he had been given very little information about what happened. He also told OPB he was unaware of the incident Newbold described.

This afternoon, Newbold posted the following message publicly, on her own Facebook page:

"This week I told my #MeToo story to a reporter. I felt that it was the right thing to do for my  community that I care so much about. This was an incredibly hard decision that I wish I never had to make. The incident occurred 5 and a half years ago when I was 23 years old and I have tried my best to move past it and focus on doing what I have always wanted to do which is to do my job and advocate for important issues for Bend and Central Oregon.

Recently, allegations regarding Nathan Boddie’s inappropriate behavior have been in the media because the statewide Democrat organizations withdrew their support for his campaign. I did not make those allegations nor do I know anything about them or the person(s) who made them. However, now that I have seen the insensitive, hurtful, and lie-filled response from the Boddie campaign, I decided that it was time for me to come forward with my story about him because I am concerned for the well-being of the initial accuser(s). I  know how incredibly difficult it is to choose to put yourself in this uncomfortable and horrific spotlight and it sickens me that those people are being pressured to come forward publicly and/or intimidated into silence.

I understand that many people have wanted to know more details before deciding for themselves whether to withdraw their own support for someone who has been a progressive champion on many issues. The last thing I would ever want to do is to fracture our local progressive community, but unfortunately the person who many of us thought was our advocate has  already done that.

What we need now is for the healing to begin—I hope everyone will consider the larger system that perpetuates the empowerment of the abuser and the silence of the victim. I hope that Nathan Boddie will do the right thing for our community by stepping down so that a qualified progressive candidate can run in his place. Lastly, I know that the next few weeks or months will be very tough for me as
people dissect a moment in my life that I have tried to forget, but I
will take strength from your support and friendships. Thank you."

"Yesterday I learned about the latest in a series of strange developments surrounding my race to represent Bend in the legislature. The individual making recent allegations is a friend and someone with whom I have had a great professional relationship for several years. Alice and I sincerely hope that whatever Ms. Newbold has asserted never happened to her and we hope something like that never happens to anyone. It’s not something I was ever around or with which I was ever involved, and I don’t think I’ve ever been alone with her at all. I hold Ms. Newbold in the highest regard and she is helping lead Bend into the future I know we all envision. She’s recently become involved with local government, urban planning, transportation, and many of the dynamic issues Bend faces today.

I met Moey some years ago when she was suffering from a number of medical challenges and although I never served as her physician, she suffered from problems related to substance use like so many other members of our community. On several occasions, Alice and I helped get her out of public while intoxicated and even while finding her unconscious at times. We can only hope that this assertion stems from something that happened during that trying period of her life and not from state organizations interfering with local politics particularly since she shares office space with local members of Future PAC. Our hearts and prayers go out to Ms. Newbold and we wish her our sincere support for her future."

(Updated 7/8, 10:20am): In an email to the Source Sunday morning, Aaron Feidler, a spokesperson for FuturePAC, stated that FuturePAC does not have employees and/or volunteers with offices in Bend, and only maintains an office in Portland.

"Nathan Boddie's recent statement about me is not true. It is character assassination. It's sad that he has stooped to this level instead of taking responsibility for his actions. This type of bullying response reinforces why so many women (and men) don't report assault and harassment. I stand by the interview I did with OPB."

In addition, Paul Dewey, a Bend attorney and executive director of Central Oregon LandWatch, issued the following statement, dated Saturday and sent to the Source Sunday:

"I am writing to confirm that Moey Newbold also told me a number of years ago that there had been an episode of some inappropriate touching of her by Nathan Boddie. LandWatch at the time was considering having him join the Board of the organization, but Moey through another employee said she would be uncomfortable if he was on the Board. When I first met with her, she said she could not continue to work for us if he was on the Board because of that episode. I did not ask her the details of what happened and she did not offer them. It was clear she felt embarrassed talking about it.

So I met with Nathan and told him that Moey had told me that there had been this experience and that his being on the Board would not be appropriate. His response was to say that he did not recall the event. Recently, Nathan was quoted as saying he was unaware of the incident and that this was the first time he was hearing of anything like this. That is incorrect because I told him about it.

I have been a friend and supporter of Nathan and his work on the City Council where he has done valuable work for the community, and as an individual I was supporting his run for state office. When I first heard the allegations of him making homophobic and sexist remarks, I did not believe them. I had not heard him say things like that and gave him the benefit of the doubt. Like many other local Democrats in Bend, I continued to support his candidacy.

However, I was troubled by the previous incident I had heard about years before and wanted to get more information. When I finally learned the details from Moey of that experience 5-6 years ago, I now see the current allegations in a very different light.

I am particularly troubed by Nathan's recent comments today attacking Moey's credibility and motives. Then and now, with years of working together, I have found Moey to be responsible and reliable, and not at all given to wild allegations or ulterior motives. His attacks on her character are completely inappropriate."

The Source has reached out to Boddie for further comment on the statement from Dewey. We'll continue to update this story as more information becomes available.