The brews must go on

If you're like me, you love it when breweries have new beer releases. While it's slowed down a bit, there are still plenty of new brews and beer releases happening in Central Oregon. Portland has seen attrition in the beer industry amid this pandemic—Grixsen Brewing being one of them. BIG sad face. Meanwhile, Central Oregon breweries have been resourceful and very active. Good job, Central Oregon beer drinkers, I'm proud of you! Your next mission is to go out there and try something new. 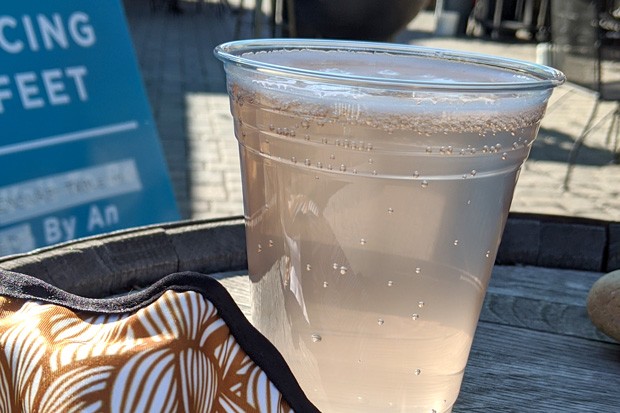 Let me tell you about a couple of new brews.

Kobold Brewing / The Vault Taphouse has an IPA and a seltzer on its new release board. I decided to step outside of the box and tried the seltzer. I was NOT disappointed. The guava, mango, prickly pear seltzer was a first for them. I've tried several, but this one has so much more flavor than those mainstream seltzers. I love this seltzer, and wish I would have grabbed a crowler. With an ABV of 6.8%, this is no floofy drink; it's a manly seltzer (trust me on this). That ABV lent to a boozy punch on my first sip. That punch tapered off very quickly and turned into a refreshing wine-like drink. It pleasantly took me back to my wine cooler days. Delicate flavors of the guava, mango and prickly pear were clearly evident. It was hot out and this drink had a nice cooling factor. This seltzer is beautiful, with so many bubbles and its dusty rose color. I like to think I was saving calories for later so I could eat something fried, but I'm not entirely sure that was true (although I still had fried food). Solid 5 on my drinkability scale. Go get some.

The next beer I want to share is the Pert Near fresh hop beer from Crux Fermentation Project. I have to talk about a fresh-hop beer. 'Tis the season! I was shocked at the maltiness of this fresh-hopped wonder. The malt is big, and it works well with the aroma of the fresh hops. The maltiness seems to strip away much of the bitterness of all those hops, leaving a fresh and bright flavor. It comes in at 6.9% ABV; another easy drinking beer and gets a 5 out of 5 on my drinkability scale. Crux has a BUNCH of new brews on tap right now. They don't disappoint.

Meanwhile, Monkless Belgian Ales recently released its 4 Devils beer. It was a doozy, and comes among a trio of Four Devils: the original Four Devils Golden Strong Ale, a Chardonnay barrel-aged version and a Pinot Noir barrel-aged version. Fantastic. All three of them. The original still holds my heart. If you hurry, you might be able to catch them before they're gone. Cheers!