March 25, 2016
comment
Oregon Senator Ron Wyden told volunteers at Bend's Giving Plate that new tax laws he authored will help them provide more meals for those who need food assistance in Central Oregon.  The legislation which passed in December expands and makes permanent charitable deductions for those who donate to food banks in Oregon and nationwide.

"Oregonians who need food assistance and the people working so hard to help them deserve a tax policy that supports this lifeline for children and families to the fullest," said Wyden.  Bend's Giving Plate opened in 2010 and has served over 2.5 million pounds of food in Central Oregon.  The Food Bank serves 20,000 Central Oregonians every month. 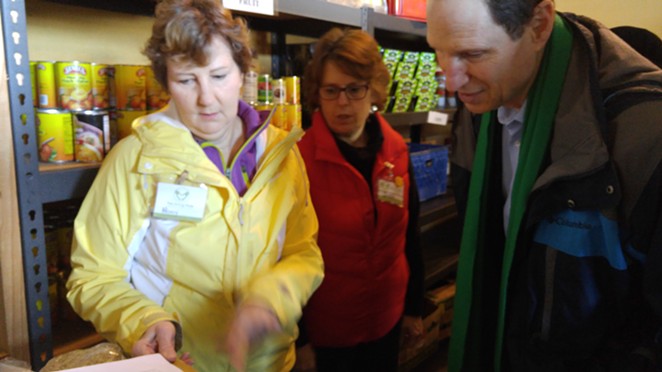