A few local food spots had only just launched before being hit with the executive order banning dine-in. Here's what it's like for them.

April 16, 2020
comment
Alejandro Cantu dreamt for several years of opening up his own food truck. But with no seed money, it remained a dream—that is, until last summer when he found an investor. Cantu began planning for the launch of his food cart, Tacos la Catrina, which would eventually become a resident of The Podski, while he worked full-time as a sous chef at 900 Wall. Managing both positions wouldn't be easy, but the "slow season" for dining would allow him to manage three days at each location in order to launch the cart.

"The restaurant job would bring in the income I needed to provide for my family, while the sales at the food cart would cover expenses. To be able to do that, I could only open three days a week," he says. 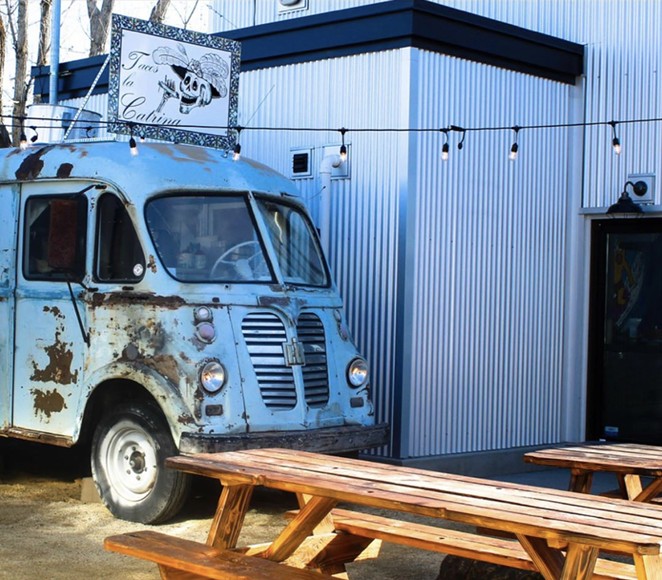 During the last week of February, Cantu was able to launch his business and see the dream of Tacos la Catrina come to fruition. Less than three weeks later, everything changed.

"Within two weeks of opening, the mandatory closing of all restaurants came. This took my restaurant job out of the equation and made my new business the only source of income," he recounts. "Opening five days instead of three—and relying 100% on this—was a crucial shift." Because Cantu's business operations commenced after February 15, he doesn't qualify for any state or SBA funding, including the Payment Protection Plan and the Economic Injury Disaster Loan.

Cantu, who was born and raised in Mexico, saw a need for authentic Mexican street food in Bend. With over 20 years of restaurant experience, opening a food cart seemed like the right choice. "Tacos la Catrina was created with the idea of bringing the experience of the real Mexican cuisine in a traditional way. In this era, the new fusion cuisine is taking over, and new dishes are being created using ethnic ingredients with the creativity of transforming them in a new experience… But they will never achieve what traditional food does for our memories," he explains. "At Tacos la Catrina, you can experience the real flavors of the street foods that are popular in Mexico and have delighted for generations."


"We spend hours on the phone daily with phone-in orders and we only have one line. So many phone calls go unanswered. We hear the next phone call trying to come in, but we can't rush the customer placing their order," Menoula Stanitsas, Kefi Fast Fresh Mediterranean tweet this


Similarly, Kefi Fast Fresh Mediterranean—which opened in Robal Village on February 24—has had to pivot within weeks of opening the doors to their casual Greek restaurant that's been in the works since May of 2019.

"The pandemic was declared and our fledgling business tanked. It took another week or two to fall into a new normal pattern," recalls co-owner, Menoula Stanitsas. Together, she and co-owners George Stanitsas and Nick Stanitsas spent nearly nine months of planning and construction to open their family restaurant.

Without an operating website that can accommodate to-go orders, the Stanitsas' are shifting on a daily basis to keep the restaurant running. "Our beautiful dining room sits vacant, which is hard to see every day since we put so much thought and money into creating this beautiful space," says Stanitsas. Another roadblock affecting several restaurants, including Kefi and Tacos la Catrina, is the confusion about how patrons are allowed to order food. While several carts and restaurants have set up online ordering capabilities, many others are relying on walk-up and phone-in orders.

"We spend hours on the phone daily with phone-in orders and we only have one line. So many phone calls go unanswered. We hear the next phone call trying to come in, but we can't rush the customer placing their order. We search through the missed calls to call back as many people as possible. That truly is the biggest challenge, knowing that other calls are being missed while we are educating the current caller on our menu and the to-go process," she says. Kefi’s menu can be found on its Yelp! page. 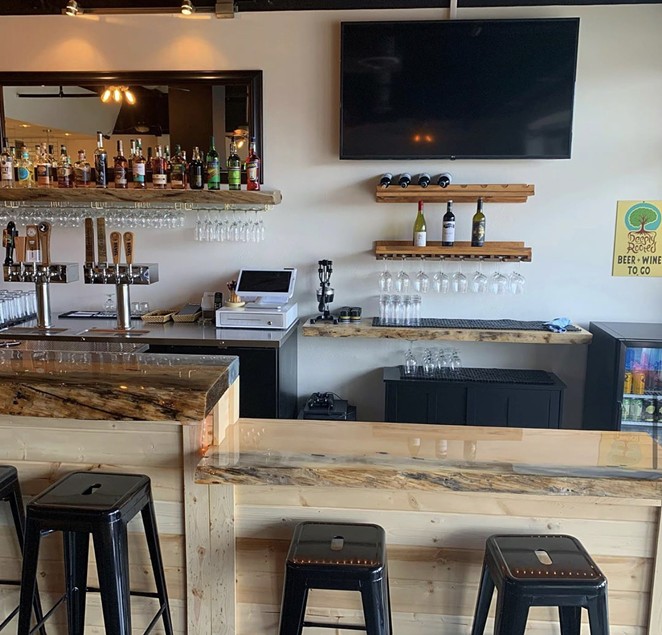 Meanwhile, a new downtown business had to switch up plans before having the chance to serve dine-in patrons. Deeply Rooted, a plant-based restaurant and juicery, opened March 23, a week after the ban was in place. Owner Devin Sims originally relocated to Bend with plans to pursue business in cannabis, but altered his plans due to what he said is an over-saturation of such industries in Central Oregon. Instead, he chose to move forward with the plans to launch a full-service plant-based restaurant.

"We are trying to prove, through food, that you can still get all the flavor while still making the single-handed, biggest impact on changing our climate, pollution and treatment towards animals," he notes. Deeply Rooted has since implemented free delivery, take-out options, and resorted to limited menu options.

These business owners have relied heavily on social media for exposure and connecting with potential customers. "People who go to pick up food from The Podski, they already know what food they are going to get and don’t have time to be walking to see what else is there. So it is really challenging to say 'I’m here!' without the human flow," stresses Cantu. "To reach more customers that are not going out you have to make an agreement with delivery services like Uber Eats, GrubHub, and others that take up to 30% of the sales. All these details add up... but it is the only way to stay in the game."

Looking for information on restaurants offering takeout and delivery?

Check out the Source's 2020 Takeout Guide, a frequently updated guide to open businesses.

And if you're a food service owner—look for the "Enter or Edit your Business Info" box there, to edit your 2020 Takeout information with your most up-to-date hours, delivery, etc!