October 30, 2020
comment
Gov. Kate Brown and the Oregon Department of Education released a new set of metrics Friday that may see tens of thousands of Oregon’s kids head back to in-person instruction sooner rather than later.

Among the biggest takeaways: the state will now permit school districts to use test-positivity rates from their individual county, rather than state test-positivity rates, to determine whether to keep students on a comprehensive distance learning model or to let them return to school. Baked into the new guidelines is more local control, allowing districts some flexibility when test positivity rates rise above the previous metric of 5%. 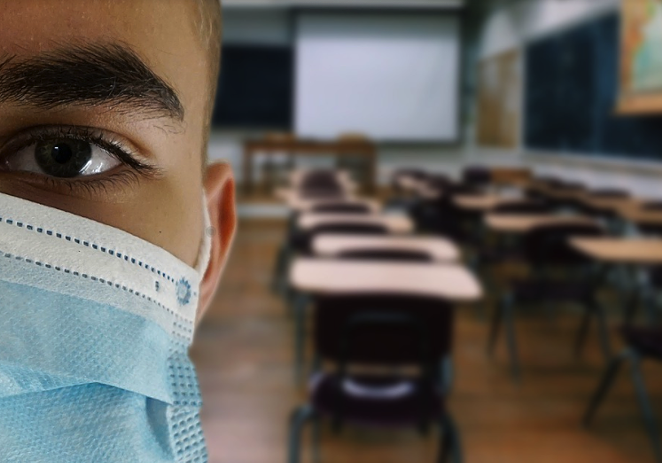 In addition, schools will use a “two-week lookback” approach to analyzing case counts, rather than the previous model that saw districts analyzing data week by week, hoping to achieve three straight weeks of case counts below certain levels.

As Carrie McPherson Douglass, who represents Zone 7 on Bend-La Pine Schools Board of Directors, explained in a Facebook group Friday, “The number of case rates per 100,000 for fully opening K-12 was increased from 10 per week to 50 per 2 weeks (basically 25 per week, but on average, so it could be 20 one week and 30 the next week for example).”


ODE's Colt Gill pointed out that when students are able to return to schools, they’ll have their temperatures taken at the door—which could result in cases being discovered earlier than they might be if students remained home. tweet this


Prior to this, test positivity rates statewide needed to be at 5% or lower to trigger a return to school—a metric that has kept most schools shuttered this fall.

In Deschutes County, test-positivity rates stayed below 5% from mid-July, when there was a two-week period of rates above 5%, through the week of Oct. 25, when the rate moved to 5.6% for the county. That’s lower than the statewide average, which has seen a rate above 5% all the way through the months of September and October.

Under the new metrics, even counties with a test-positivity rate above 5% can have an option to return at some students to school. According to the newly revised “Ready Schools, Safe Learners” guidance issued Oct. 30, schools with a county case count of between 30 and less than 45 per 100,000 over 14 days, and with test-positivity rates between 5% and 8%, can “Prioritize careful phasing in of On-Site or Hybrid for elementary schools (starting with K-3 and adding additional grades up to grade 6). Middle school and high school primarily Comprehensive Distance Learning with allowable Limited In-Person Instruction.”

Bend-La Pine Schools’ Interim Superintendent Lora Nordquist said in a meeting this week that under the new guidelines, BLPS may begin to send kids in grades K-3 back, with opportunities for students in grades 4 and 5 as space allows. We’ve reached out to BLPS for further clarity on what the new guidelines mean for local schools.


A changing mentality: Learning to live with the virus


In a press conference Friday, state officials appeared responsive to the many calls from Oregon families to reopen schools, recognizing the effects of isolation and ongoing online education on Oregon kids. As a testament to that growing sentiment, one local Facebook group, Open Bend La Pine Schools, has over 2,000 members.

“We all know that in-person instruction provides our children and families with more than access to an equitable education,” stated ODE Director Colt Gill in a press release. “Schools are a center of services to students and families, offering nutritious meals, access to social-emotional and mental health supports, as well as physical health services.”

ODE's Gill pointed out that when students are able to return to schools, they’ll have their temperatures taken at the door—which could result in cases being discovered earlier than they might be if students remained home. Gill also said he believed some kids may be more compliant with social distancing and mask wearing overall, since they’ll be required to do so in school buildings.

"These are reachable targets for communities to strive for," Gill said. “They’ve been away far too long.” 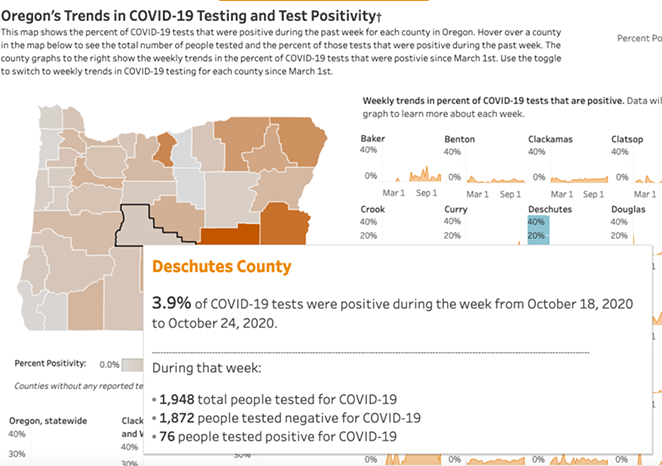 “Nobody wants to get students back to the classroom more than Oregon’s educators, but the process to bring those students back must be thoughtful and deliberative,” wrote Oregon Education Association President John Larson in a press release Friday. “The Governor’s decision to hastily implement new, relaxed, metrics will only serve to further disrupt education for students, families, and educators throughout Oregon – allowing districts to bring students back to the classroom before it is safe to do so and increasing the likelihood that our schools and communities will again be forced to lockdown in the future.”


When will Bend-La Pine kids go back to school?


School districts will get their first look at where they stand under the new metrics on Monday, when county case counts are updated.

As Douglass explained in her post on the Reopen Bend La Pine Schools group page, “At this point, with our rising case rates of ~25 cases per day the past few days, there is no chance we’ll meet the “green” category next week. We MIGHT meet the yellow category, but unfortunately, we might not. IF we meet the “yellow” category on Monday, we could expect to start K-3 on-site orientation the week of Nov 16th.

“The good news, is that you now have 14 days after meeting the metrics to get kids back in school. That means if we meet the metrics on Nov 2nd and announce that K-3 will start back on Nov 16th, they can still go back even if we don’t meet the metrics the week of Nov 9th,” Douglass wrote.

Advocates for kids returning to school were thrilled—but know there's a long road ahead.


“After spending tremendous amounts of time and energy advocating for our schools safe re-opening in the Bend LaPine school district, we are happy that the metrics have been revised to reflect numbers that are much more reasonable and attainable," wrote Indu Fairbanks, Co-founder of Open Bend LaPine Schools in an email to the Source. "Our children deserve to be in school, and today’s announcement was a step in the right direction. That being said, we will continue advocating for our schoolchildren, until all of them are back in the classroom where they belong, K-12.”