If you've noticed low water levels in Mirror Pond, that's what it's about

On Oct. 10, a plant operator discovered more water than normal passing through an outlet that was once used to regulate river flow, according to a press release from Pacific Power. The power company, which owns the dam across the Deschutes River near downtown, said the source of the leak is a wooden panel installed about 25 years ago to seal the outlet, which is no longer used.

The leak is causing Pacific Power problems managing water levels of Mirror Pond, which are about two feet lower than normal for this time of year, the company said. 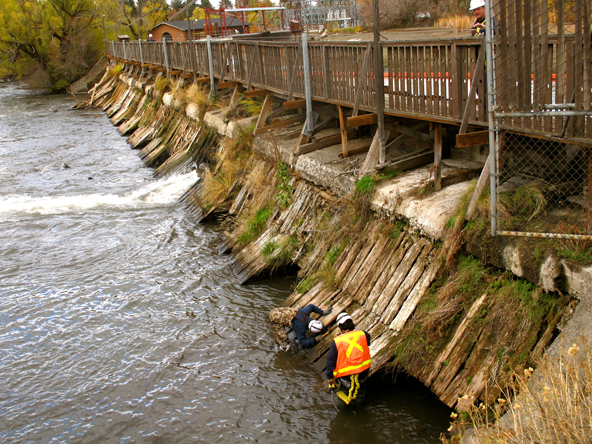 The scheduled work includes driving long pieces of interlocking steel sheets, known as sheet pile, into the river bed to create a steel facing on the upstream side of the leaking panel and remaining sections of the old wooden dam that haven’t been reinforced already, Pacific Power said. After similar leaks were found in 2008, 2009 and 2014, Pacific Power said it used the same method of repair successfully. They plan to reinforce the entire face of the damn during this round of sheet pile installation.

“These reinforcements will allow us to continue to operate the hydro project and maintain Mirror Pond levels for the community for the foreseeable future,” Mark Sturtevant, managing director of Renewable Resources, who oversees hydro operations for PacifCorp, said in the release. 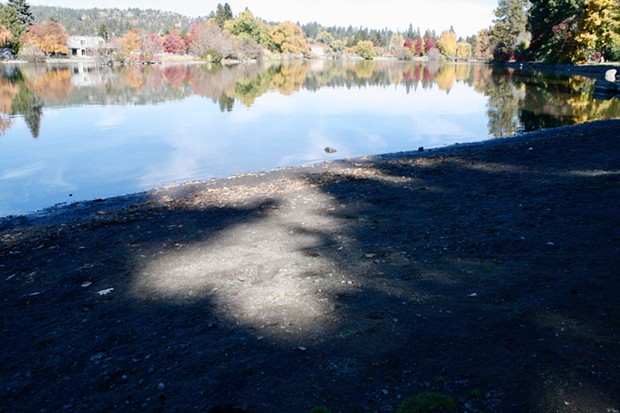 Pacific Power said the work would begin once a large crane is brought into the area and all needed permits are in hand. They expect work to start Nov. 5—which will last about a month.