A Bend man died early Tuesday morning following a fall at Bend's new high school, police say. Bend Police say James Bickers, a 37-year-old man from Bend, fell at the site of Caldera High School, on SE 15th Street Tuesday morning. Bickers was an employee of River Roofing of Redmond, according to a press release, and died on the scene. Officials are investigating the incident. Caldera High School is under construction and will be the first large high school to open in the Bend-La Pine Schools district in 20 years. It is scheduled to open in the fall of 2021. 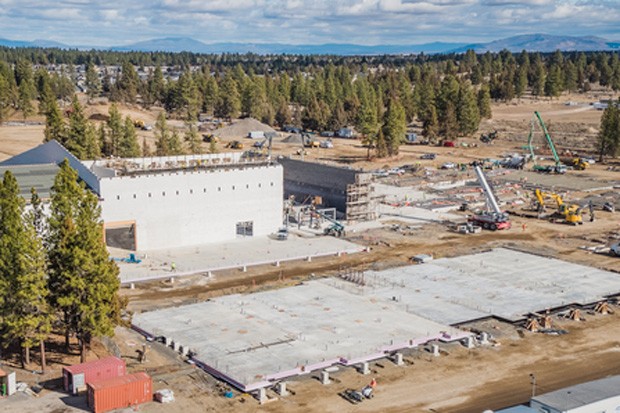 A Redmond man faces a harassment charge following an incident involving a Trump supporter at the Redmond Fred Meyer gas station. District Attorney John Hummel's office announced Tuesday that he charged Daniel Kaough of Redmond with one count of harassment, after Kaough allegedly shoved another man, Dobbs Pressley, while gassing up his car. According to the DA's office, Pressley's car was "adorned with numerous stickers and placards expressing his support of United States President Donald Trump."

According to the DA's press release, two young women at the gas station began yelling at Pressley, "about their disagreements with his political beliefs. A Fred Meyer employee, 51-year-old Redmond resident Daniel Kaough, then intervened, shoved Pressley, and challenged him to a fight."

Of the incident, Hummel said, "Everyone needs to exhale. Tensions are spun up tighter than a drum right now and it's starting to play out on our streets.  Preach, protest, advocate, cajole, criticize: I'll fight for your right to do so.  Commit a crime during your advocacy and I won't hesitate to charge you with a crime."

Two first responders from Bend Fire & Rescue are in quarantine at home, following positive tests for COVID-19, the agency reports. Both people are "in stable condition with minimal signs or symptoms," according to a Monday press release.

One of the first responders was exposed to the virus while on duty, and got a COVID-19 test right after, fire officials said. They went home for self-isolation. The second person was exposed while on vacation, took a test when they got symptoms, and did not return to work in the meantime, the press release stated. All BF&R employees have to take their temperature at the start, and in the middle, of each shift, and wear personal protective equipment to help prevent the spread of the virus, the release stated. They must also receive a negative test result and be symptom-free for 72 hours before they can go back to work.