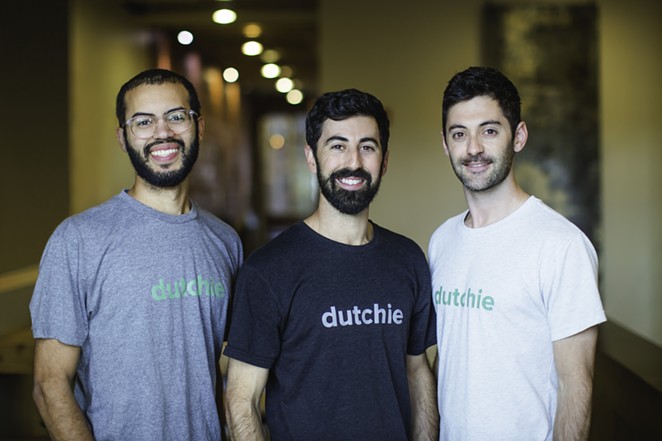 For a brief, shining moment in Deschutes County (and beyond), progressives, pro-cannabis activists and marijuana business owners felt the rudder of progress was slowly steering in the direction of sanity. Unfortunately, with all the force of an angry Brett Kavanaugh snort, those dreams have taken a hit over the past few months. Here's a brief overview of what's been happening.

In a story full of twists, High Cascades Farms lost its Oregon Liquor Control Commission recreational producer license Sept. 21, after the OLCC found the owners guilty of 13 rules violations. Specifically, marijuana plants that should have been destroyed by the farm licensees after it was determined that they contained pests and mildew were found on site at an unlicensed hash oil processor. In a duplex. After it exploded. One of the interest-holders in High Cascades Farms is former state senator and current Bend attorney Charles Ringo who, according to a local news report, visited the victims of the explosion in the hospital and was "rather gruff" while suggesting they remain silent during police questioning.


Patti Adair could be a county commissioner

Patti Adair, a virulently outspoken anti-marijuana candidate, won the Republican primary for the seat currently held by Tammy Baney. The Chairperson of the Deschutes County Republican Party's public comments run the gamut from concerning to absurd. During a discussion of homelessness and mental health issues at a Bend debate, she suggested both are a result of too few kids being educated about the dangers of marijuana. "Students here in Oregon, they're getting stoned every day if they're not in college, and if they are in college they're drinking a lot," she said. As you pause to unpack that ridiculous statement, consider that, yes, Adair has a very real chance of being a significant decisionmaker in Deschutes County. Get out and vote.

Even as the GOP-dominated county commissioners await the possible election of another anti-marijuana zealot, the current board is seriously considering more stringent rules for recreational marijuana license applicants. From increasing setback distances from property lines to insisting on one-half-mile buffers between producers, an Oct. 1 business meeting appeared focused on destroying any new county participants in the industry. While almost all rule changes are hellbent on frustrating new applicants, the proposed wording change for odor rules is particularly galling: The county proposes changing the description for required odor-control devices from "independently researched and tested" to "verified operational effectiveness." In other words, the county wants prospective marijuana producers to prove that they can control marijuana odor in the building in which they're not yet allowed to grow any marijuana. As county commissioners decry dangers of "overproduction," they seem blind to the fact that these new rules for the regulated market will merely drive a windfall of cash and product to the illegal market.

Nationwide, things might be worse. In June, Sen. Elizabeth Warren (D-Mass.) co-sponsored a bill that would end federal prohibition of marijuana in states where the crop is legal to grow, process, sell and use. While hopes were high back then, the bill has gone nowhere. Sen. Mitch McConnell (R-Ky.) has openly refused to consider it (despite his own support of ending the prohibition on hemp farms) and there's little to suggest it will make it out of committee anytime in the Trump era. This, while marijuana possession arrests remain above 500,000 nationwide, higher than 2016.


Is ANYTHING good happening?

Well, sure, if you love that anticipatory euphoria of goodies arriving to your house as much as you love Banana Kush. Bend marijuana entrepreneur Ross Lipson just scored $3 million in funding for his marijuana delivery service, Dutchie, from a venture capital firm that claims Kevin Durant and Snoop Dogg among its celebrity founders. Lipson, a veteran of the food-delivery industry, plans to roll out a marijuana delivery option in all states where either medical or recreational marijuana is legal. The website is already up and running, so pass the phone on the left-hand side (and don't smoke and drive).