'Newsies' kicks up some musical fun

Thoroughly Modern Productions brings the high drama and hijinks of turn-of-the-century, history-making paper boys—and girls—to the stage in "Newsies," a Disney musical based on real events following the Spanish-American War of 1898. The audience can follow the fun and fury as bottom-tier newspaper employees struggle to make it through the harsh economic changes brought on by the war.

"It's a classic," director David DaCosta says of the production. "It hits every nerve. It crosses every political boundary. The little man against the big guy." That, and it's all set to an energized score by Alan Menken and Jack Feldman, whose 1,000-show run on Broadway alone was seen by more than a million people, before the show went on tour.

"The music of the period is a lot of fun. You don't hear music like that anymore. It's very sentimental. It's very sweet. It's fun," DaCosta says.

As paper sales drop off after the end of the war, the carriers, or hawkers, appeal to the publishers to drop the prices they have to pay for their bundles. Most of them are homeless already and need to earn more just to have something to eat. When the newsies find that their protests are met with violent retribution, however, they see there's real risk in pursuing their goals.

The protest movement grows with the help of neighboring communities, and even that of the press itself, with headlines broadcasting the carriers' plight. Eventually, the publishers and their carriers find common ground.

The scope of the production may be a record for TMP. "The show is a monster," DaCosta says. "It is gigantic." He says the company was concerned at first when they had 24 kids enroll in the summer program—because that's 24 roles to fill with actors. "But as it turns out, there are three, maybe four who are doubling up because we don't have enough people." 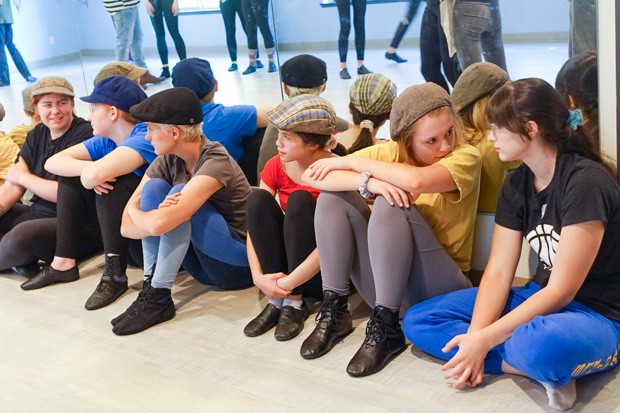 "The emotional energy and purpose that these kids are bringing has been super," DaCosta says of the youth segment of the cast. "They have the ideas and the concepts and an understanding of the story, the human element of it all."

TMP offers a Summer Intensive program for ages 8 to 18 at any level of experience. All students are placed in a production. "The kids come during the day and rehearse their parts, from whatever show they are in, then at night they come to rehearsal," DaCosta explains. Beginning this year, TMP is also offering a Master Class, which focuses on one show at a time. "The age range for that is 13 to 18. 'West Side Story' was the first production we did that with. If they don't want to be in the Master Class, say if they don't like the show it's associated with, then they still have the option [to attend the broader-based Summer Intensive program].

"I never want to compare," DaCosta continues, "but I will say 'Newsies' has been the most fun show to sink our teeth into, to attack as a team, to watch unfold every night. I'm very excited."