Introducing themselves on the Central Oregon scene at the start of last year, local rock band Night Channels has already been hit with a few punches in its early start. Off the bat, the band has had to go through multiple lineup changes.

They've had to scrap an entire music video (a new one should be coming), and then bam—finally, once they had the ideal lineup grooving, a pandemic happens, shutting the doors to most performance opportunities in 2020. Night Channels has had to adapt and navigate the tough road of being a newer band during one of the weirdest years in modern history. But that hasn't stopped them from making good music. 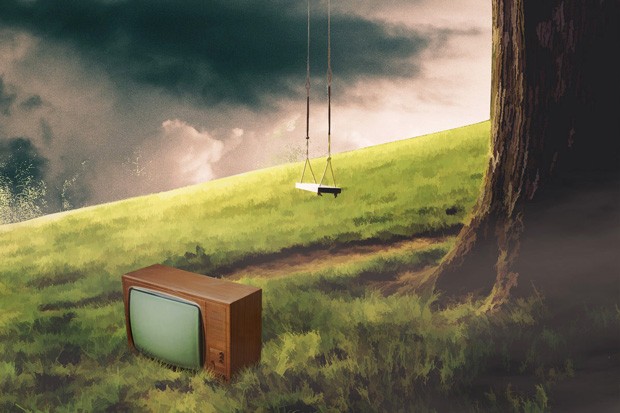 On July 31, Night Channels released its debut EP, titled "Mercy." The project is six tracks long, featuring introspective lyrics and huge moments from vocalist Joey Vaughn. The full lineup is currently made up with Josh Ryan on lead guitar, Mason Coats on bass and Alex Montoya on drums. Vaughn also plays guitar. All in all, "Mercy" really jams and is a step in the right direction for the band.

The EP opens with "Dysmorphic," a track just over five minutes in length with pretty mellow pacing. For most of the song Vaughn keeps things in a pretty calm pocket, but around the three-and-a-half-minute mark he lets loose—showing us the power behind his range.

A sneaky standout on the EP is the smooth-flowing "Niche." It opens with this quick and inviting guitar riff before the rest of the pieces slowly fall in. Most of the song is a laid-back groove, but "Niche" ends up actually breaking out with the best jam session on the entire project as the track nears its end. There's plenty of emotion in the song as well: "If none of this matters, then why are we here," Vaughn sings into the void. "Niche" is finally wrapped to a close by an awesome guitar session from Ryan and powerful backing drums from Montoya. It's a huge moment.

The band's first two singles, "03" and "Zeus" are a little more upbeat and poppy than the other four songs on the EP. Both tracks are placed right in the middle of "Mercy," but this actually creates a nice pace and flow through the project. It also shows the versatility that Night Channels brings to the table for its brand of rock. It'd be wrong to say the overall tone of "Mercy" is happy, but it's also not overly sad, either. It's more an overcast vibe of emotions that matches up perfectly with the project's cover. Listening to it feels like Night Channels is playing from inside of a storm cloud just beginning to rage.

For a first EP, this is a right foot forward for Night Channels. They might have had to grind it out to get to this place, but that makes it worth it. We may not be seeing any of the band's new material performed live too soon with COVID-19 still looming, but Vaughn tells me they're using this time to really work on cranking out more tunes. So who knows, we may even see more new Night Channels music this year.